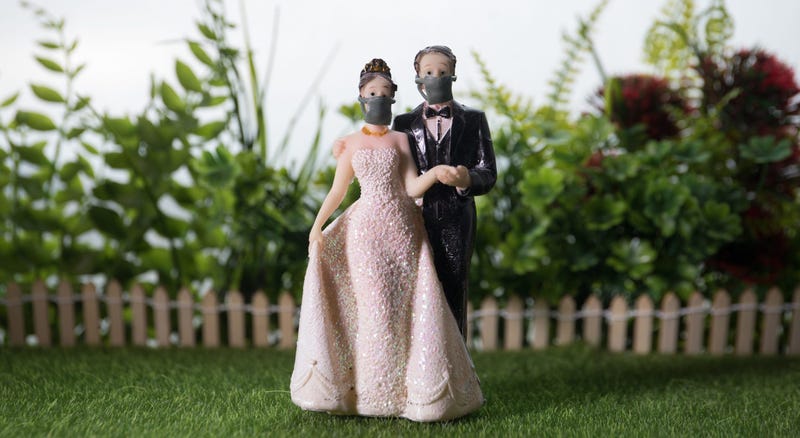 Kansas City, MO - The coronavirus pandemic has cancelled or delayed many plans and caused havoc for brides and groom across the country.

Trey and Kati Lawrence are in their mid-20s and live in Excelsior Springs. They had planned a dream wedding with a guest list of 150 people for April 25th. It was a year and a half in the making.

In early April, with travel restrictions and stay-at-home orders still fresh, the couple realized if they were still going get married on that date, they were going to have to let go of the dream wedding they’d hoped for. So they did. But they did get married.

They proceeded with a wedding, holding it at Trey’s parents house with just the officiant, photographer, and their closest family members in attendance.

“And my grandparents came and sat in their car and watched from there," says Kati. "And then we had a Zoom (video conference) for our closest friends that would have been in our bridal party and for family members that couldn’t come.”

Kati says the whole experience floored her.  “We kinda realized that the important thing was that we could still get married and the marriage part was the most important, not the big party or the big stuff," Kati said.

The couple says they feel the support of their family and friends now more than ever.

“All I heard was honking and I looked down the road and there were just cars and cars full of all my coworkers, and they had signs and cards. Each car stopped and handed me a card through the window.”

After the emergency orders end, and we all get back to a bit more normalcy, Trey and Kati are still hoping to hold a dream wedding at the end of June.