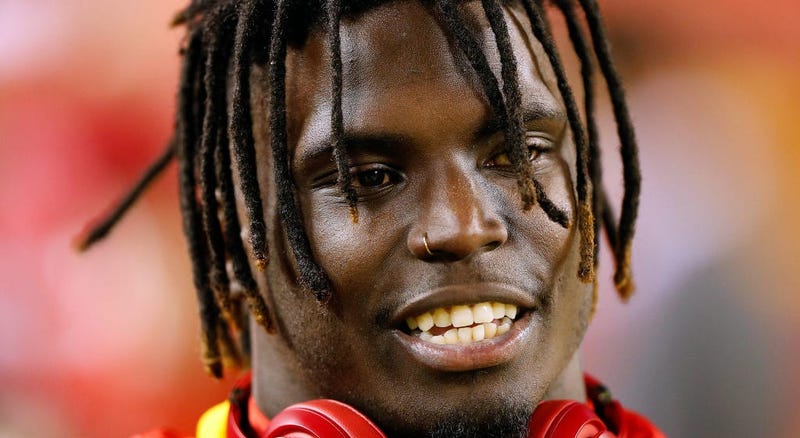 Olathe, KS - The Johnson County district attorney said there would be no charges filed in the child abuse investigation of Kansas City Chiefs star Tyreek Hill and his fiancee, Crystal Espinal.

"We are deeply troubled by this situation and are concerned about the health and welfare of the child in question. We believe that a crime has occurred," District Attorney Steve Howe said. "However the evidence in this case does not conclusively establish who committed this crime."

While the criminal investigation into this matter is over, according to Howe, an investigation by the Department of Children and Families continues.

Overland Park police were called to a home on Switzer Road in March on a report of battery. The victim is listed as a juvenile.

Tyreek Hill's name is not mentioned in the March 14 report, but his fiancee, Crystal Espinal, is listed.

The report appears to show the incident as occurring sometime between Feb. 4 and Feb. 21.

A spokesperson for the Overland Park Police Department said the department turned over its findings to the Johnson County prosecutor’s office.

A second police report, dated March 5, showed officers were called to Hill's home to investigate a report of child abuse or neglect. Both Hill and Espinal are listed in that report.

The report states prosecution was declined in the case March 8.

"Despite this decision, there will be a continued involvement by state officials to ensure the safety of the child," Howe said. "Those actions are separate and apart from our decision on criminal charges. Because of the ongoing child protection investigation, we are unable to discuss the facts of the case with you."