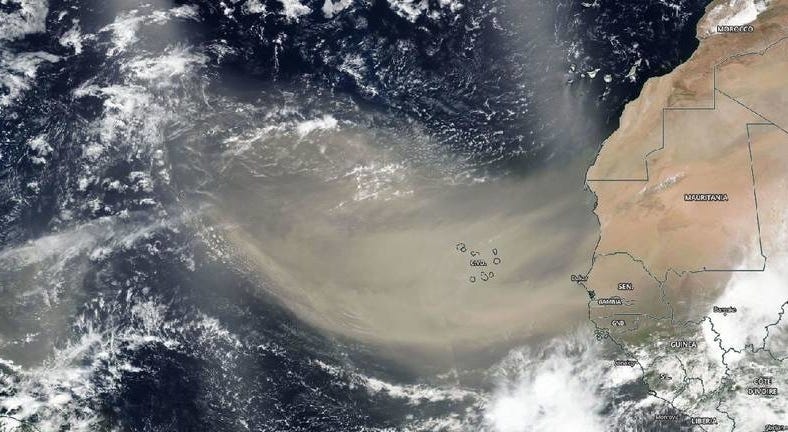 Kansas City, MO - An immense plume of dust blown off the Sahara Desert is swirling over much of the southern US and will reach Kansas City this weekend.  However, no dust storm or haboob is expected, according to KMBC meteorologist Nick Bender.

This unique weather phenomenon is known as the Saharan Air Layer, which routinely pushes dust off the African continent and brings it westward toward North America on the trade winds.

However, this dust plume is particularly large and we could see the the skies over Kansas City darken, perhaps look a little milky and hazy.  And it could afford us some spectacular sunrises and sunsets.

Here's an update to share on when Saharan Dust is expected to reach Kansas City. The dust could result in hazy, vibrant sunrises and sunsets, as well as poor air quality. Keep in mind, this will NOT be a "dust storm" or haboob. #MOwx #KSwx @kmbc pic.twitter.com/FzD5qFrXJw