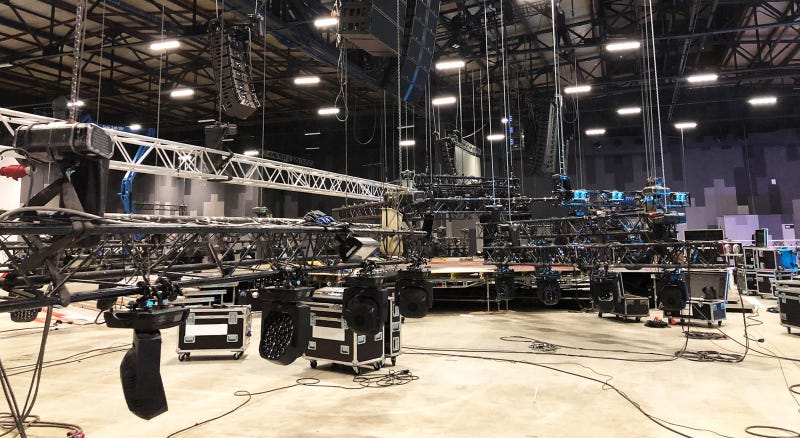 Kansas City, MO - The cancellation and postponement of shows and concerts due to the pandemic has impacted not just artists, performers, and fans... but stagehands and roadies as well.

In cities like Kansas City, hundreds that work as backstage crew are out of work.

"You know, you have ticket takers, you have stagehands, you have production managers, you have road crew. Everything from concessions to janitors, to everything in between," says Hank Wiedel.

Wiedel is a talent buyer for Mammoth Live, an event production company based in Lawrence, KS that produces concerts and live events around this part of the Midwest.

He says in the first few weeks of the emergency stay-at-home orders across the region, he had to cancel or postpone dozens of shows throught the end of the year.

We might assume that concerts and shows will return at some point. But when? And during a pandemic, how exactly?

Wiedel says it's so hard to tell right now. He guesses that it could be Spring of 2021 before smaller shows return, and even later for the larger acts and events.

The business of shows and concerts, and the way we see them, will change he predicts, at least in the next few years.

news
Man, mail carriers stole stimulus checks to convert into cash: Feds
news
Bastian the dog can 'talk' to his owner using more than 50 words
music
Morgan Freeman offering to prank call your friends for charity
news
Mission to save injured goose on river ends when it's discovered it was actually a decoy
news
Is the coronavirus vaccine safe for pregnant women?
news
Customers leave $2,200 ‘COVID sucks tip’ to help restaurant workers amid pandemic