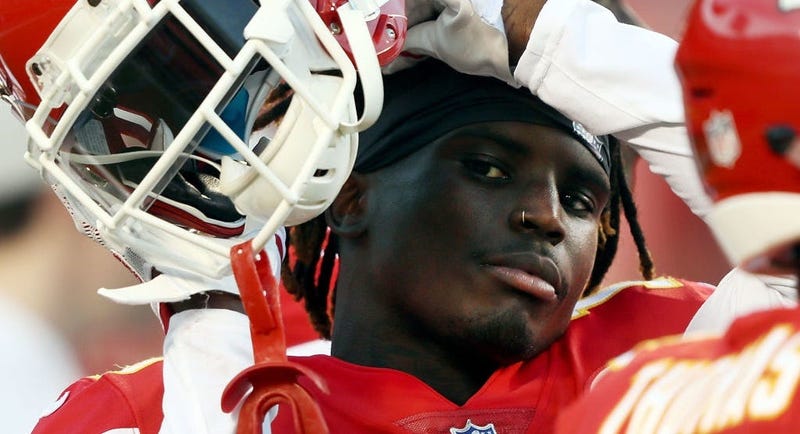 Chiefs fans may come away with a different outlook on the Tyreek Hill investigation after they hear an 11-minute audio recording.

The Johnson Country District Attorney's criminal investigation into child abuse involving Hill and his fiancee, Crystal Espinal, ended with no charges filed. KMBZ sister station 610 Sports obtained and aired the full audio of a conversation between Hill and Espinal, which was appears to have been recorded without Hill's knowledge while the two were on vacation in Dubai.

The couple was talking about corporal punishment. Overland Park Police later investigated a domestic incident in which the couple's young child was left with a broken arm.

Full audio recording of Tyreek Hill conversation via 610 Sports
"I want my son to learn respect, something that you did not teach our son," Hill says to Espinal. "He will get his a** ranned (sic) over in this world. First of all, our son is black. These white folks don't give a f*** about our kids. They don't and you know that."

"You know how I am with kids," Hill says to Espinal. "I'm very hard, but I will never, ever hurt my son in life."

The public first heard clips from the conversation on KCTV-5 in April, after the criminal investigation had ended. It sparked renewed interest from law enforcement about the case. Hill met with NFL investigators last week.

The league and the Chiefs have made no statement about whether Hill will face disciplinary action.