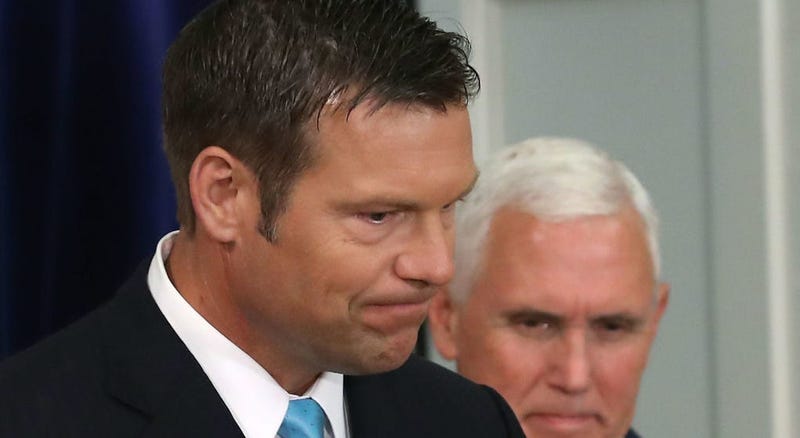 Wichita, KS (AP) — U.S. Senate candidate and former Kansas Secretary of State Kris Kobach says he had four guns stolen from his pickup truck that was parked at a Wichita hotel.

Wichita police say officers responded to a call from Kobach around 11:30 a.m. Saturday at a hotel parking garage.

Police say someone broke into the pickup overnight and took a rifle, two shotguns and a handgun.

A spokeswoman for the Republican's campaign says he was in Wichita for a campaign event and had the long guns with him for a scheduled shooting event.

Campaign spokeswoman Danedri Herbert says Kobach also “always has at least one firearm with him for personal protection.”