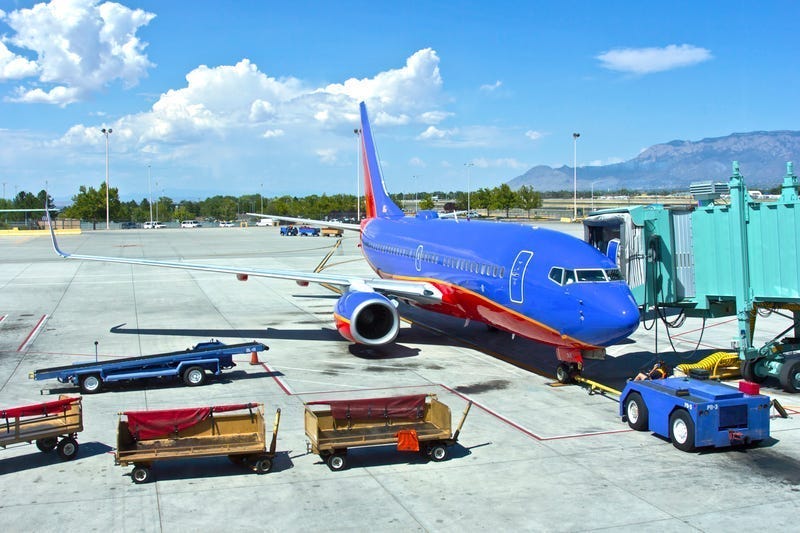 A mom says she was kicked off a Southwest Airlines flight after her two-year-old took off his mask.

Jodi Degyansky said she was traveling from Fort Meyers, Florida to Chicago when she says her son was snacking without a face covering before the plane departed.

The plane had already left the gate and was preparing for takeoff when it was noticed by the airline crew.

Degyansky told USA Today she was repeatedly told by flight attendants that her son was required to wear a mask due to the airline’s policy, which mandates all customers ages 2 and older wear face coverings.

After returning the plane to the gate and escorting the family off, the airline gave her a refund.

"I'm sure other parents are going through this. I want people to either do their homework before they choose to fly or find an airline that has more leniency," she told USA Today. Degyansky and her son got a later flight to Chicago on American Airlines.

“If a customer is unable to wear a face covering for any reason, Southwest regrets that we are unable to transport the individual" said a statement from the airline following the incident. "In those cases, we will issue a full refund and hope to welcome the customer onboard in the future, if public health guidance regarding face coverings changes.”