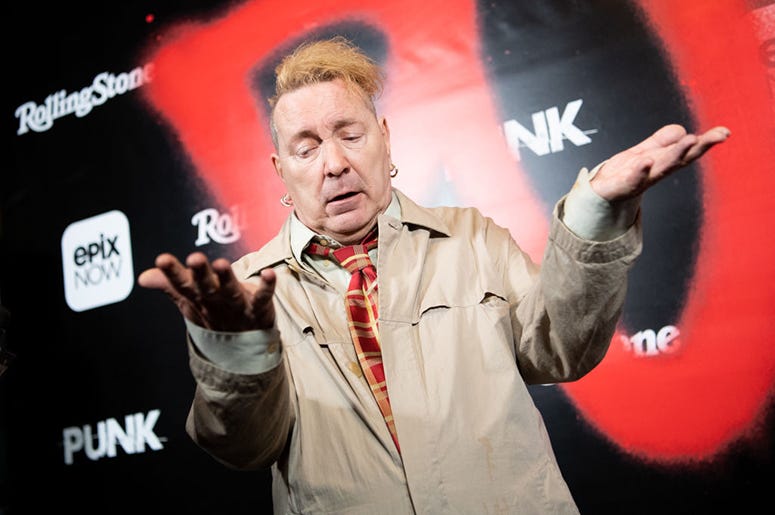 John Lydon, singer for Public Image LTD and best known as "Johnny Rotten," founding member of the early British punk band Sex Pistols and the entire scene that soon followed, has reared his head out of the mess of 2020 to let us know about his "willy."

Lydon, who has settled in Venice Beach, California, has apparently struck up a friendship with the squirrels who hang around his property and even lets them inside his home. This idea seems to have bitten back recently, as he tells the UK's Daily Star about the discovery of a few nibbles.

The 64 year old explained, "I looked down there this morning at my willy and there’s a f***ing flea bite on it... And there’s another one on the inside of my leg."

Right or wrong, he's not about to kick them out. "The only way around it, because I’m not going to blame the poor little squirrels," he says, "is to Vaseline my legs. I just hope they don’t get the wrong idea.”

Don't you get the wrong idea either. Lydon isn't letting them sleep in bed with him, although he has been keeping them quite fed and happy. "I'm determined to keep my squirrel friends independent, y’know. There’s no petting. If they want to nudge up that’s fine, but I know it’s for a peanut and not because I’m lovely."

"Wow, do they love me for that," he admits. "I’m definitely spending a lot of money on these little f***ers."

Lydon recently released I Could Be Wrong, I Could Be Right a book about his musical life and personal journey -- where he also speaks kindly about his furry beach friends.

A speaking and signing tour for the book has been put on hold until 2021 due to the spread of COVID-19.

May the road rise with you (and your squirrels), Johnny.