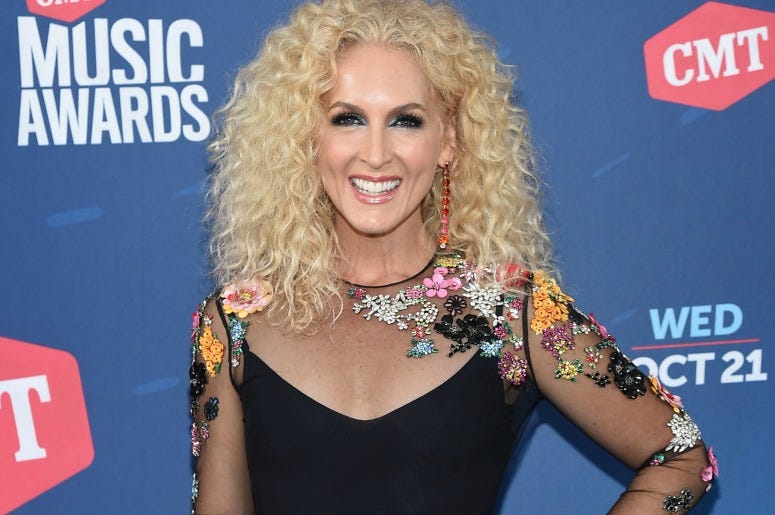 Little Big Town’s Kimberly Schlapman has a brand new book out just in time for Christmas, and the Country star tells us everything we need to know as she joins RADIO.COM's Kelly Ford on New York’s Country 94.7.

A Dolly For Christmas details the story of Kimberly’s adopted daughter, Dolly, who her family refers to as their “real-life Christmas miracle.” Schlapman shares, “It is our family’s true story. Little Daisy, whom I had biologically, she’s 13 now, but when she was four she started praying for a baby. She wanted a baby brother or sister more than anything in the world and she prayed for five years every day, for a baby.”

Kimberly and her family faced difficulties trying to conceive a second child and tried every option they could. “We had several loses along the way, and a lot of heartbreak and a lot of disappointment,” says the Country singer.

“Then we decided ‘well I think it's time we start the adoption process,’ which was something we always wanted to do anyway.”

After starting their adoption journey and jumping all the hoops that the process entails. Kimberly “got a call about a little baby girl who needed a family and then we realized what all that waiting was for. We had to wait for this baby girl. She’s an angel. She’s our little miracle and she’s an answer to Daisy’s five years of prayers,” explains Schlapman.

WATCH MORE: Country music's royal couples tell us the good, the bad and the ugly when it comes to working with your spouse!

The founding member of Little Big Town tells us that Daisy even asked Santa for a baby the same year that Dolly arrived. Kimberly says, “We feel like God and Santa got together and made that happen because it wasn’t long after that.”

A Dolly For Christmas is available now. Check our more from Kimberly in the full interview above.