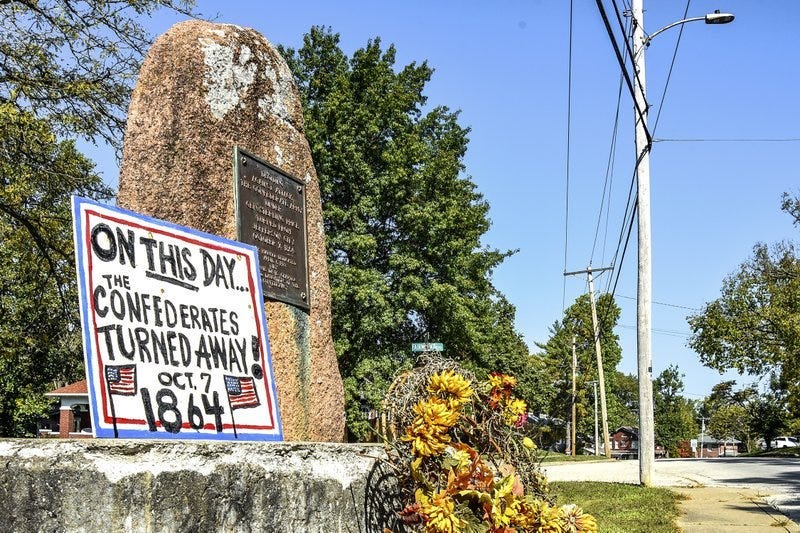 JEFFERSON CITY, Mo. (AP) — The City Council in Missouri’s capital city has approved removing a Civil War marker dedicated to a Confederate general amid a dispute about the accuracy of its description.

Critics questioned that version of events, saying no historical records support it. They also noted the marker was dedicated in 1933 by a chapter of the United Daughters of the Confederacy, which had ties to the Ku Klux Klan.

City workers moved the marker on Tuesday, Jefferson City Operations Division Director Britt Smith said. It will be kept in storage until a decision is made on its future.

“We felt it best to act quickly because there actually had been some actions around the stone that may have been somebody trying to remove part of the plaque, so we thought it was best to get it taken care of,” Smith said.

Council member Ron Fitzwater had proposed the marker remain in place but with additional context added. The council rejected that proposal on Monday.

Fitzwater said Monday he does not support the United Daughters of the Confederacy but that keeping the marker and adding additional context would be a compromise.

“I think this amendment gives us an opportunity to bring some healing to the community, allow us to address this very serious issue, put some education out and all walk away feeling we’ve had an impact on this critical issue,” Fitzwater said.

Councilman Jon Hensley said the marker was placed with the intention of being misleading about history. He also argued the council needed to listen to people who are offended by the marker’s ties to the Confederacy, especially the city’s Black residents.

“You have this attachment to admitted propaganda in historical clothing, and then you have people telling us about deeply rooted, generations-long hurt that — since childhood for them — this marker has represented,” Hensley said. “I simply don’t understand how you can put those things on an equal footing.”