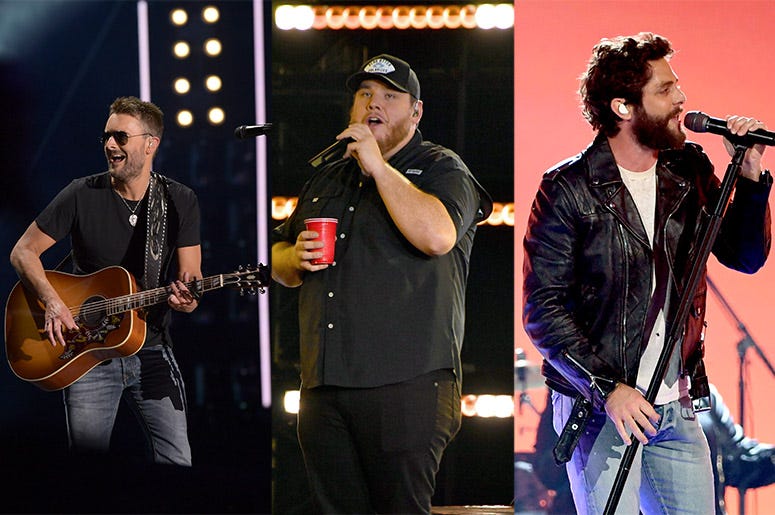 Country fans are hot with anticipation for the 54th annual CMA Awards. It’s the biggest night of the year for listeners and stars alike. By evening’s end, one artist will be crowned Male Vocalist of the Year.

The annual event broadcasts to homes across the country November 11, on ABC, with Music City Center in Nashville, TN as a backdrop.

Each nominee has raised the creative bar to new heights with vocal range and stage presence. It’ll be tough to decide in this talented field. Check out a complete list of nominees and get your Country education on.

Luke Combs’ personality may be bigger than life, but can it overshadow Eric Church’s intense harmony? Anyone else have fun watching Keith Urban’s music video/pool party for the track, ”Polaroid”? There’s just too much soul between Thomas Rhett and Chris Stapleton.

As we countdown the days to the 54th annual CMA Awards, we want to hear from you. Cast your vote below on who you think will win the Male Vocalist of the Year.

In a year that was defined by divisive rhetoric, Church showed the country how beautiful collaboration can sound, working with Eminem and Snoop Dogg on separate tracks. But his biggest moment came during the ACM Awards adding Johnny Cash's "Ragged Old Flag,” to his own epic performance.

The defending champ has been barnstorming digital concerts since the coronavirus pandemic. Like many artists, he was forced to postpone his 2021 tour due to safety concerns. The artists made the best of his situation and released his video for "Lovin' On You," featuring his wife Nicole Hocking, a deluxe edition of his album, and so much more.

The "Beer Can't Fix" artist is hoping to bring a boat load of confidence into they year's awards show. He's already notched Entertainer of The Year at the ACM's. He and wife Lauren also welcomed their third daughter, Lennon Love, into the world and the Center Point Road star is still riding high.

Could he do it? Could Chris Stapleton win his fifth Male Vocalist of the Year award? Factor in his heartfelt new video for "Starting Over" and remember this guy is also nominated for Music Video Of The Year for his work on "Second One To Know."

The man affectionately referred to by his wife as "Suburban" has notched a big year in Country music. He's collaborated with genre-crossing artists and lent his time to charities during COVID-19. With a new album released in September, is Keith set to take two out of three?