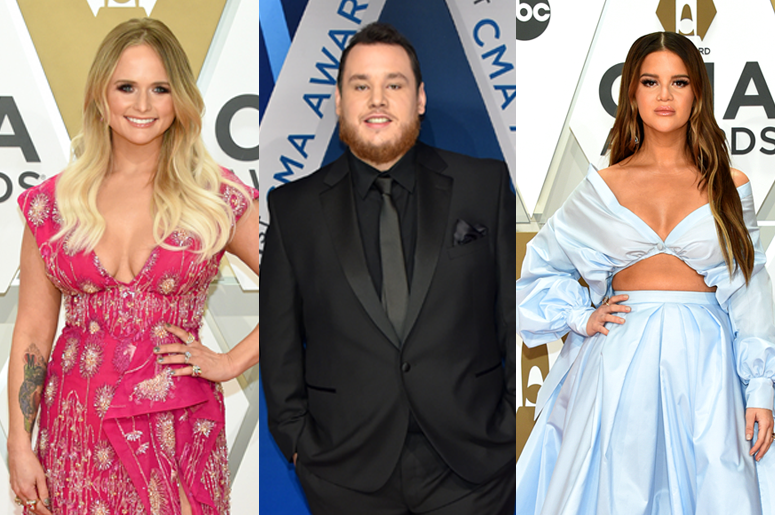 It’s that time again, one of the biggest nights in County music is set to take place in just a little over a week. Yes we’re talking about the 54th Annual Country Music Association Awards, of course.

The ceremony, hosted by CMA Award winners Reba McEntire and Darius Rucker, will once again be returning to Nashville on Wednesday, November 11, 2020.

Although every category is important in its own right, there’s just something about winning Song of the Year. While every artist nominated for a 2020 CMA Award is more than a worthy candidate, only one can be crowned the winner.

WATCH MORE: The 53rd CMA Awards were all about the females in Country music

Miranda Lambert, Maren Morris, Luke Combs, Ingrid Andress, Carly Pearce and Lee Brice, along with their respective song co-writers are all up for the award this year. So before the supreme song of the year is determined and we find out who the big winner is, we want to see who your pick is. Take a listen to each song and cast your vote for Song of the Year below.

Written just three days after she quietly married Brendan McLoughlin, “Bluebird,” is described by Lambert as a “special” song, that has a darkness, but at its root “it’s got this hope to it.”

"The Bones" tells the story of a a long-lasting partnership. The type of relationship that no matter what else is going on around it, the people within it can rely on each other and weather any storm.

Luke Combs - “Even Though I'm Leaving"

Inspired by his own childhood memories, this moving, mandolin-infused Country song details a little boy's relationship with his dad, who serves in the military. When the father is called overseas, the frightened child begs him not to go, to which the father responds within the reassuring chorus, "Even though I'm leavin', I ain't goin' nowhere"

Carly Pearce and Lee Brice - “I Hope You're Happy Now"

After coming to the realization that she was no longer was satisfied in her current relationship after meeting and connecting with Michael Ray, this song adds additional meaning. “I Hope You're Happy Now,” finds Carly wishing her former flame happiness and nothing but the best in moving on.

Ingrid Andress - “More Hearts Than Mine"

This vulnerable ballad, Ingrid Andress tells a story of inviting her boyfriend to meet her family and hometown friends. Warning her beau that a break up would ultimately devastate them almost more than her, as they all end up loving him just as much as she does.

Vote for you favorite above, and stick with RADIO.COM for more from the 2020 CMA Awards.