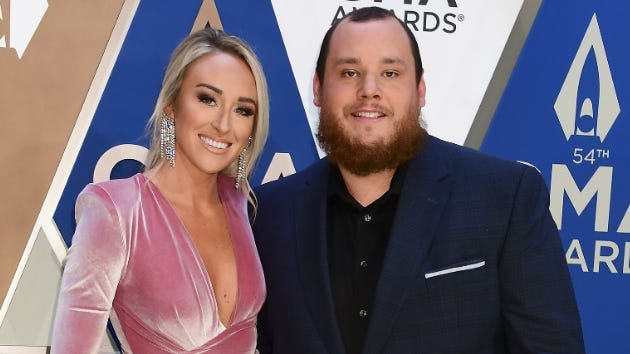 Luke Combs first announced his engagement to longtime girlfriend Nicole Hocking in November of 2018, and officially put a ring on it a little less than two years later, in August of last year.

Whether you realized it or not, the North Carolina native has always given his fans a front-row seat for his romance with his bride -- one that continues with his latest hit, "Better Together."

"I wrote this song in Boone probably two years ago, something like that, and my buddies Dan Isbell and Randy Montana were up there," Luke explains. "And 'Beautiful Crazy' was already done and out at that time, so I kinda felt like I needed to do another song that was kind of [in that vein]"

"I guess it’s ended up kind of turning into like a trilogy," he observes. "It's 'Beautiful Crazy,' and then it’s 'Better Together,' and then 'Forever After All.'" 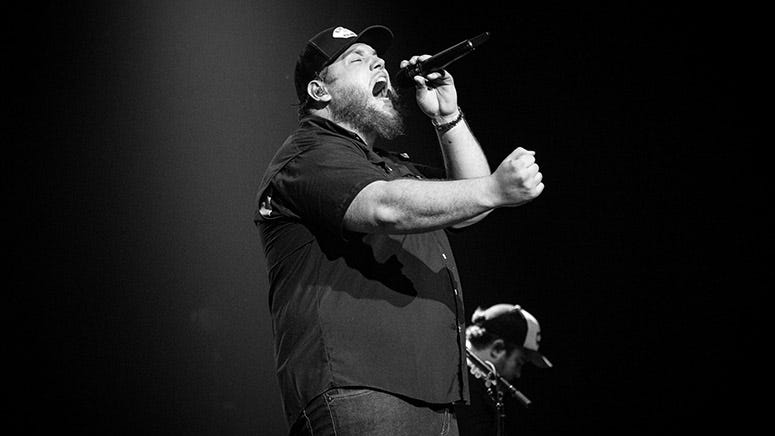 It's a concept that's clearly panned out for Luke, since "Beautiful Crazy" topped the country radio chart in March of 2019, ahead of "Forever After All" becoming a #2 hit on the pop chart in November of last year.

Right now, "Better Together" is on track to become Luke's tenth country number one, provided his hot streak continues.

"I feel like that’s kind of our total story up to this point, in a way," Luke reflects. "And so, you know, I just wanted her to know, you know, I’m always thinking about her, and there’s always inspiration there."

"Better Together" and "Forever After All" are both included on the Deluxe Edition of Luke's sophomore album, titled What You See Ain't Always What You Get.