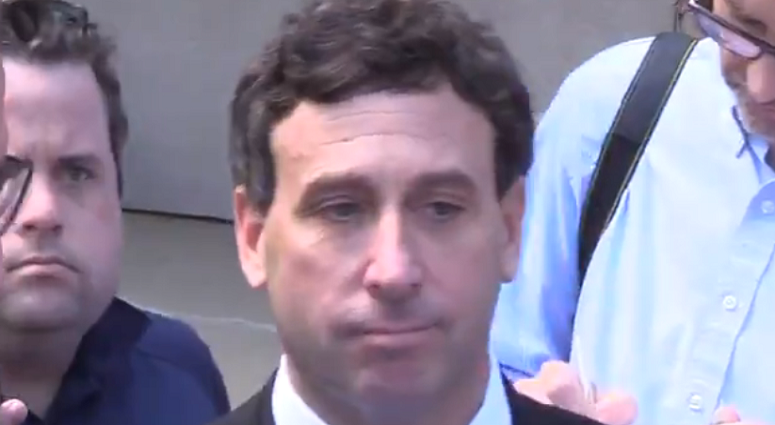 Raise your hand if you’ve ever known anyone who has been to federal prison or indicted/charged with a serious crime.

I started thinking about that question this week after the federal indictment of now-former St. Louis County Executive Steve Stenger—and my answer to that question is now FIVE. Yep, five people I’ve known—some of whom I considered friends —have either gone to prison or have faced the prospect as Stenger now does.

Wanna know what all five had in common??? Not too tough of a question—they were all elected officials. If you go back to the early days of my Friday Reardon Roundtable there were three panelists who regularly appeared on the Roundtable—State Rep. TD El Amin, State Senator Jeff Smith…and a guy who then was a member of the St. Louis County Council—Steve Stenger. The first two went to prison—the same place Stenger is now likely headed.

I got to know Steve back in the days of the Charlie Dooley administration. Dooley was rather incompetent and Stenger made no bones about pointing that out.

When he challenged Dooley in the Democratic Primary for County Executive I encouraged my listeners who ordinarily would pick a Republican ballot to cross over and choose a Democrat ballot—it was really the only way to defeat Dooley and usher in change. I won’t claim credit for Stenger’s victory over Dooley, but even he admitted after the election that it probably made a significant difference.

I think a lot of people are a little confused by the Stenger indictment—I mean, why wouldn’t political donors writing big checks to candidates expect something in return? OF COURSE THEY DO! But there’s a line between the wink wink nudge nudge expectations and the “I’m doing this because you gave me a ton of money”. Several people told me privately in the weeks before the indictment that they just couldn’t believe Stenger would actually participate in a pay for play quid pro quo arrangement with a donor because he was “too smart”.

It’s hard to have faith in anyone running for public office. Sure—they don’t ALL do things that cross ethical or legal lines, but it sure seems a ton of them do. Newly elected Illinois Gov. J.B. Pritzker, his wife and his brother-in-law are already under federal criminal investigation for a property tax appeal that came up during Pritzker’s 2018 campaign.

Most of you are no doubt a lot smarter than me. It certainly looks like I got bamboozled by Stenger—and this was certainly the case with former MO Gov. Eric Greitens. When will I learn?

Maybe Vegas should set odds on the next Reardon Roundtable panelist who goes down in flames. It’s gonna happen probably sooner rather than later.