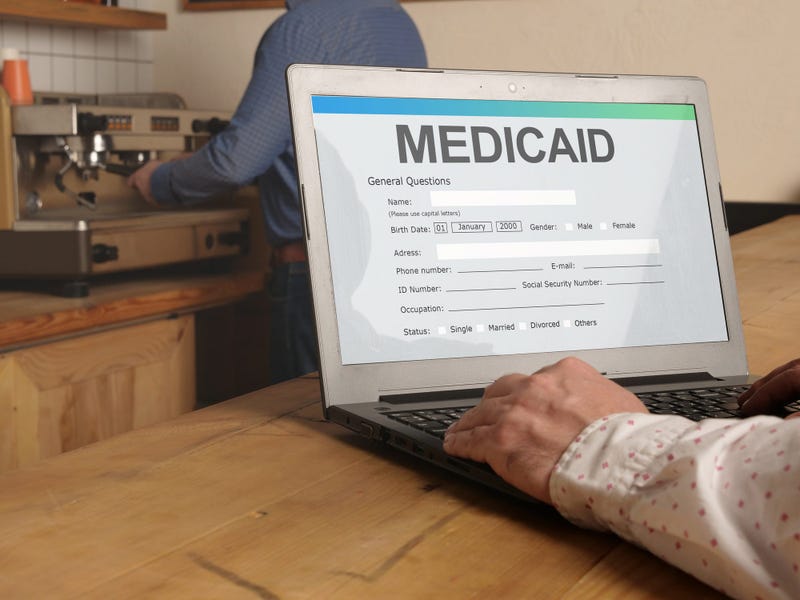 Support for the constitutional amendment means that as many as 250,000 more adults could choose to be covered by government health insurance beginning in July 2021, according to estimates from the state auditor.

The vote on health care, which was paired with with Missouri’s primary elections, came as confirmed coronavirus case s have been rising in the state.

Concerns about the virus appear to have driven a record number of people to cast absentee ballots in Missouri’s largest jurisdiction of St. Louis County, said county election director Eric Fey. Election officials said coronavirus concerns also led to a somewhat larger number of cancellations and no-shows among poll workers in the St. Louis and Kansas City areas, though substitutes were dispatched to fill the gaps.

Missouri’s Republican-led Legislature has repeatedly rejected Medicaid expansion proposals over the past decade, prompting supporters to turn to the initiative process.

Idaho, Maine, Nebraska, Oklahoma and Utah have all expanded Medicaid through ballot questions following inaction by state lawmakers, according to the nonpartisan Kaiser Family Foundation. Oklahoma became the 37th state to expand eligibility for Medicaid under the federal law last month.

Missouri’s Medicaid program currently does not cover most adults without children, and its income eligibility threshold for parents is one of the lowest in the nation at about one-fifth of the poverty level.

Jim Roberts, 62, an employee in the Clay County Prosecutor’s office in Liberty, was among those who voted for Medicaid expansion Tuesday. He said it is important to consider the needs of others, particularly when so many have health concerns because of the pandemic or insurance worries due to the economic downturn.

“I believe the economy is going to bounce back strongly but not anytime soon,” Roberts said. “Jesus said ‘The poor will be with you always,’ but we still need to address the concerns of those who are less fortunate.”

Bonnie Ciro, 73, a hairdresser in Liberty, said she voted against the proposal because she doesn’t trust politicians to use the money, and she doesn’t want to pay higher taxes.

“It’s too much money,” Ciro said. “I think it’s a scam, I don’t trust what they say. (Politicians) tell you one thing and then do another thing with these kinds of programs.”

The ballot proposal will expand eligibility under the terms of the 2010 federal health care law signed by President Barack Obama. That law provides a higher-than-usual federal funding share for states that expand Medicaid coverage to adults earning up to 138% of the federal poverty level, about $17,600 for an individual or $30,000 for a family of three.

The office of Democratic Auditor Nicole Galloway, who won the Democratic primary for governor on Tuesday, has estimated that expanding Medicaid could cost the state at least $200 million or save as much as $1 billion annually by 2026. Republican opponents cite the potential costs as reason to oppose the ballot initiative.

“Amendment 2 will be a knockout blow to the state budget as more services will be cut or eliminated to pay for the health care of able-bodied adults,” state House Budget Chairman Cody Smith said.

By proposing a constitutional amendment instead of a new law, Missouri supporters have ensured that lawmakers will be unable to change it without going back to voters.

Republican Gov. Mike Parson, who opposes Medicaid expansion and won the Republican primary for a full term, moved the vote on the proposal up from the Nov. 3 general election to Tuesday’s primary. Parson said the earlier vote would give the state more time to financially prepare for Medicaid expansion, if it passes. He said his decision was not about politics.

Galloway’s campaign has said Parson switched the day of the vote on Medicaid because fewer people typically vote in August compared to November, possibly giving opponents a better chance of defeating the measure.

Voter turnout during the 2016 presidential general election in Missouri was almost three times higher than turnout for that year’s August primary. Even in 2018, a record year for turnout during a primary, roughly 1 million more voters turned up at the polls in November compared to August.

Associated Press writers Margaret Stafford in Liberty, Missouri, and David A. Lieb in Jefferson City, Missouri, contributed to this report.