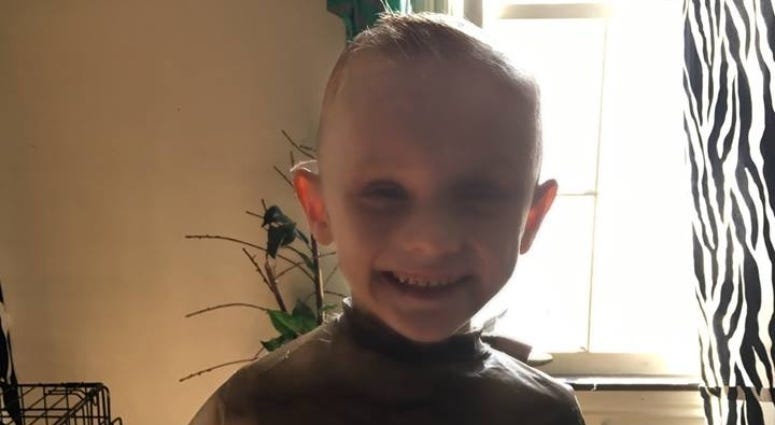 CRYSTAL LAKE, Ill. (KMOX/AP) — The parents of a 5-year-old Illinois boy have been charged with murder after authorities have found the body the boy who went missing last Thursday.

Black said investigators went to the site after they interviewed the boy's parents overnight and presented them with cellphone evidence. Woodstock is about 50 miles (80 kilometers) northwest of Chicago and a few miles form the family's home in Crystal Lake.

"This is not the outcome that we want to talk about ... but it is the unfortunate result," said Jeffrey Sallet, who runs the FBI in northern Illinois.

Police report that Freund Sr. and Cunningham are in custody and being transferred to the county jail where they will await a bond hearing.

The cause of death is under investigation. Officers removed various items from the home including a shovel, mattress, paper bags and a plastic storage tub during a search Wednesday morning.

Freund Sr. told a dispatcher last Thursday he could not find his 5-year-old son after looking all around his house and neighborhood, according to AP.

Police released more than 60 pages of officers' reports Tuesday about the house in Crystal Lake including one describing the home overwhelmed by dog feces and without electricity.

The Illinois Department of Children and Family Services, known as DCFS, had contact with the family since AJ was born with opiates in his body in 2013. The Northwest Herald said he was in foster care for two years before being returned to his parents. A younger brother was removed from the home last week.

"We know you are at peace playing in heaven's playground and are happy you no longer have to suffer," the police chief said in a public message intended for the boy.

"The department is committed to conducting a comprehensive review of the entirety of our work with Andrew's family to understand our shortcomings and to be fully transparent with the public on any steps we are taking to address the issues," Smith said in a written statement.

Gov. J.B. Pritzker in March ordered an independent review of DCFS after the deaths of a 2-year-old girl in Decatur and a 2-year-old boy in Chicago. Child welfare workers had contacts with both families.

"As with many other deaths, it seems the system designed to protect Illinois' children did not work in AJ Freund's case," Morrison said in a statement.