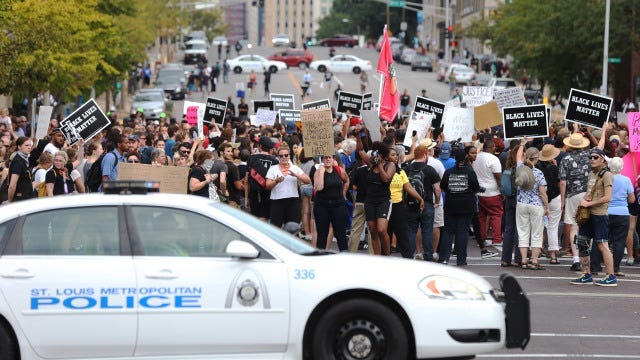 ST. LOUIS (AP/KMOX) - A federal judge has approved an additional $500,000 payment for the daughter of a black man fatally shot by a white St. Louis police officer in 2011.The money approved Thursday will go to Anthony Lamar Smith's daughter, half of it will come from the city, half from the state, Watkins said.

Smith was shot by then St. Louis police officer Jason Stockley in 2011.

Related: Stockley Lawsuits Could Cost the City MillionsThe daughter will receive a total of $1.4 million after an original lawsuit was settled in 2013 for $900,000. Attorney Albert Watkins told KMOX last month, the city and the state had admitted they withheld key evidence before that settlement was reached

"What's important here is that there is no longer the ability on the part of people in positions of authority to play God with evidence," Watkins said.

Watkins says the withheld evidence showed Stockley's DNA was found on the handgun allegedly found in Smith's car at the time of the fatal shooting--but not Smith's DNA.

When Stockley was charged with murder in May 2016, the daughter's lawyers learned they had not been told his about the DNA evidence.

Watkins says after the process of sharing evidence was re-opened, he learned other evidence "favorable to my client" had also been held back.An independent investigator later said an assistant Missouri Attorney General was aware of the DNA results and should have turned them over to the daughter's lawyers.Stockley was acquitted in 2017.

music
What is 'Wonder'? Shawn Mendes lets us into the new era, teasing latest single
sports
Why Josh Allen believes he will face a fine from NFL
sports
Trevor Bauer trolls Braves with chop after dominant start
music
Tim McGraw and Faith Hill have one rule when it comes to giving gifts
music
RADIO.COM LIVE Check In: Why Don't We is ushering in an era of authenticity with 'Fallin'
music
Elton John admits John Lennon was 'physically sick' before their performance together