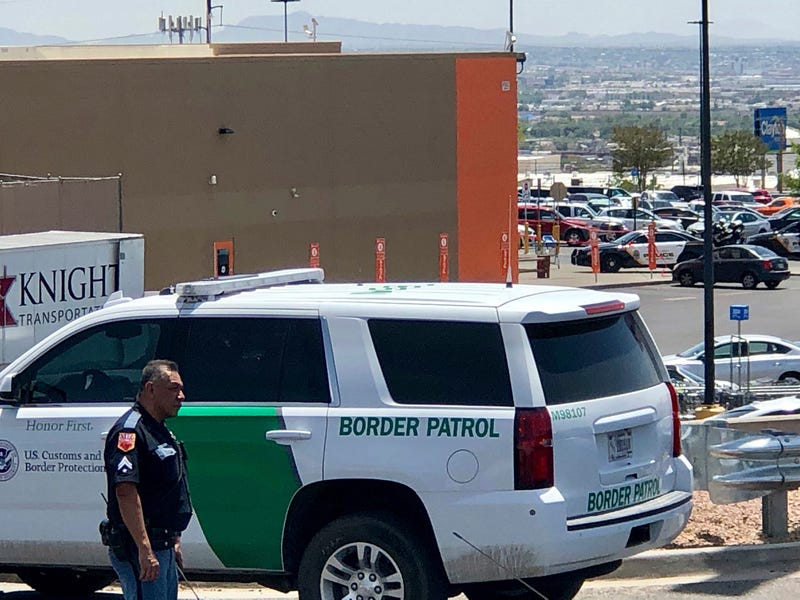 Ryan Mielke (MIL'-kee), a hospital spokesman, says all of the victims suffered traumatic injuries in Saturday's attack at or near the Cielo Vista Mall. He declined to provide additional details about the victims, including the one who died.

Mielke says two children, ages 2 and 9, were stabilized at the medical center before being transferred to the neighboring El Paso Children's Hospital.

Authorities say multiple people were killed in the attack, but they haven't said how many were killed or wounded. They say they believe it was carried out by a single male suspect who has been taken into custody.

Multiple people were killed and injured and at least one person was in custody after a shooting rampage Saturday at a shopping mall, police in the Texas border town of El Paso said.

Police responded in the early afternoon to an active shooter scene at the Cielo Vista Mall, which is near Interstate 10 on east side of the city, and were advising people to stay away from the area.

Shortly after, Sgt. Enrique Carrillo, a police spokesman, said there were multiple victims, that a suspect was in custody and there was no longer danger to the public.

El Paso, which has about 680,000 residents, is in West Texas and sits across the border from Juarez, Mexico.

Texas Gov. Greg Abbott called the shooting "a heinous and senseless act of violence" and said the state had deployed a number of law enforcement officers to the city.

White House staff said President Trump was briefed on the shooting and spoke about it with Attorney General Barr and Governor Abbott.

Presidential candidate and former Texas congressman Beto O'Rourke appeared a bit shaken as he appeared at a candidate forum in Las Vegas on Saturday shortly after news of the shooting in his hometown was reported.

O'Rourke said he had called his wife before taking the stage and said the shooting shatters "any illusion that we have that progress is inevitable" on tackling gun violence.

The Democrat said he'd heard early reports that the shooter might have had a military-style weapon, saying we need to "keep that (expletive) on the battlefield and do not bring it into our communities."

"We have to find some reason for optimism and hope or else we consign ourselves to a future where nearly 40,000 people are year will lose their lives to gun violence and I cannot accept that," O'Rourke said.