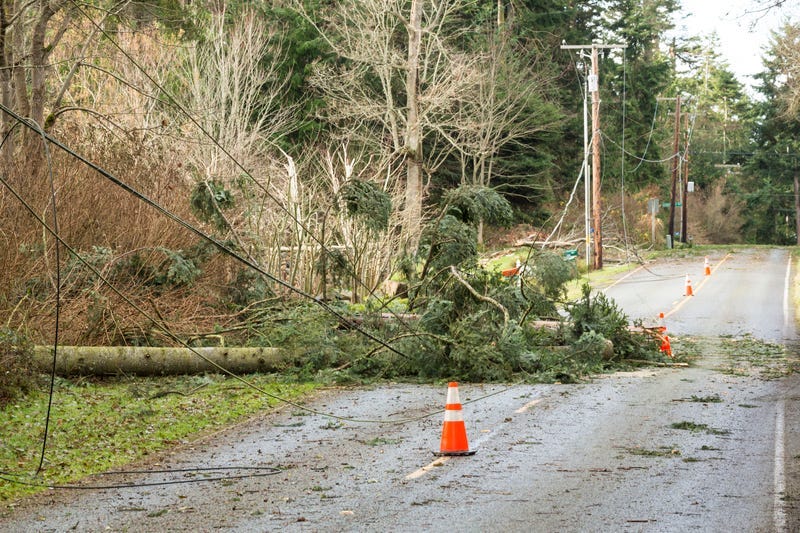 ST. LOUIS (KMOX) - Monster winds howling as fast as 60 miles-an-hour have ripped out trees and knocked out power for thousands of Ameren customers across Missouri and Illinois.

KMOX's Kevin Killeen reports that repair crews are on it.

“All hands [are> on deck and ready to go throughout the evening,” says Ameren Illinois spokesman Brian Bretsch.

Never approach a downed line. It may still be energized. Stay away and report to us immediately at 800.755.5000. pic.twitter.com/CFUxMYTLcu

Bretsch says winds from the bomb cyclone cut power for 6,000 customers statewide, including about 500 in Madison County and about 800 in St. Clair County.

High winds are upon us! Tweet us if you observe any wind damage. pic.twitter.com/aYaufgDqio

Arnold says crews have been working to restore power for some 4,000 customers in the metro St. Louis area, most of them in North County.

With high winds and severe weather expected to impact our service territory through Thursday, we're reminding you to stay clear of downed power lines and always call us at 1.800.552.7583 or 911 if you see them. Our crews are ready for any issues that arise. pic.twitter.com/4QpFSvLbwG

Here's a list of observed peak wind gusts through 3 p.m. this afternoon. We still have several hours of windy conditions ahead, but gusts over 50 mph should become less numerous after 7 p.m. #mowx #ilwx #stlwx #windhttps://t.co/VaTK0NCdsR