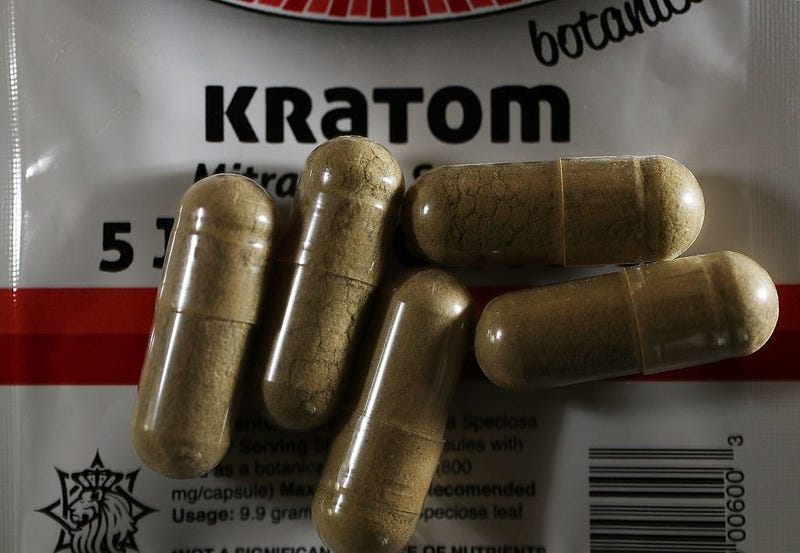 Photo credit MIAMI, FL - MAY 10: In this photo illustration, capsules of the drug Kratom are seen on May 10, 2016 in Miami, Florida. The herbal supplement is a psychoactive drug derived from the leaves of the kratom plant and it's been reported that people are using the supplement to get high and some states are banning the supplement. (Photo by Joe Raedle/Getty Images)
By Michael Calhoun NewsRadio 1120 KMOX

CLAYTON, Mo. (KMOX) — Kratom is becoming a controversial substance in these parts. Now, St. Louis County Council members are wondering if they need to ban the herbal supplement from Asia or at least decide on rules for its sale.

"A year ago, we started talking about this with one of our constituents in Chesterfield and we didn't even know how to spell it," Councilman Mark Harder told KMOX. "Now, it's out there and now we're having deaths, we're having overdoses, and people are getting sick from it."

Harder says they're still gathering information on the issue. He also says Jefferson County is also considering regulations on the substance.

St. Charles County declined to ban the substance at their last meeting.