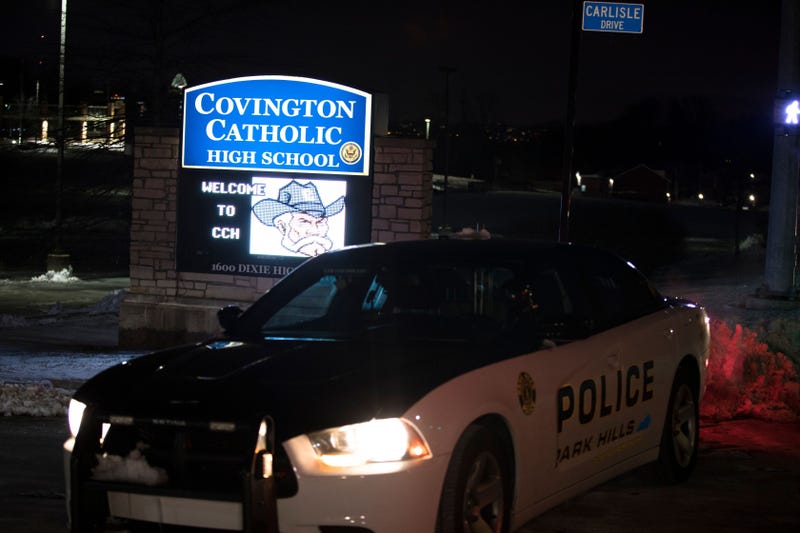 In fact, I’d argue the opposite happened.

When the radical Black Hebrew Israelites were shouting anti-gay slurs, the kids from Covington Catholic booed.

Native American Nathan Phillips – who has lied about virtually everything, including that incident and his military background – is shown to be the despicable human being that he is. Held up as a hero by many in the media Phillips ignores the protestors hurling slurs at his group — calling them savages, telling them that Indian means “savage” — and instead goes after young white Catholic kids. That’s because Nathan Phillips saw an opportunity and he knew he’d have a willing and able biased media to further his lies and agenda.

The most stunning thing to me is that even when presented with video evidence of what really happened that day in DC, lefty columnists continued to hammer the Covington kids while completely ignoring the behavior by the Black Hebrew group and Phillips.

Aisha Sultan, a local columnist for the Post Dispatch, is also complicit in spreading the lies in a column she wrote a week after the incident. You can read it here.

Here’s a line from that reckless, irresponsible and yes BIGOTED piece:

"Was there an adult in his life who suggested he watch Nathan Phillips’ reaction to his behavior that day, if just to understand how his actions impacted the other human standing in front of him?"

Shame on Aisha … who used to be a friend of mine. She’s a Muslim and over the years has written numerous columns about religious discrimination and bigotry. She did the same thing to the Covington Catholic kids. And she did it with all the video evidence of not only what happened that day, but after Nathan Phillip’s lies about his military service became very apparent.

She needs to apologize and maybe write a column about how disgusting Nathan Phillips behavior truly was. He’s a liar and a fraud. And left-wing radicals like Aisha and other columnists who refuse to acknowledge the FACTS of what happened are EXACTLY why President Donald Trump calls the media the “enemy of the people.”

I used to defend my friends in the media and thought Trump went too far. After the Brett Kavanaugh and Covington Catholic experiences, I won’t do that any longer.  Attorney L. Lin Wood and the other lawyers representing Nick Sandmann are putting the media on notice that they may have crossed the line into slander and libel. I’m not sure the legal standards were met to prove it, we’ll have to see.

In the meantime at the very least the gang at the Post and New York Times, CNN and the list goes on, have to pony up a bunch of money just to fight the charges.

That would give me a small amount of satisfaction, but it won’t wipe away the shameful and disgusting columns and reports of what Aisha Sultan and others did to those kids.