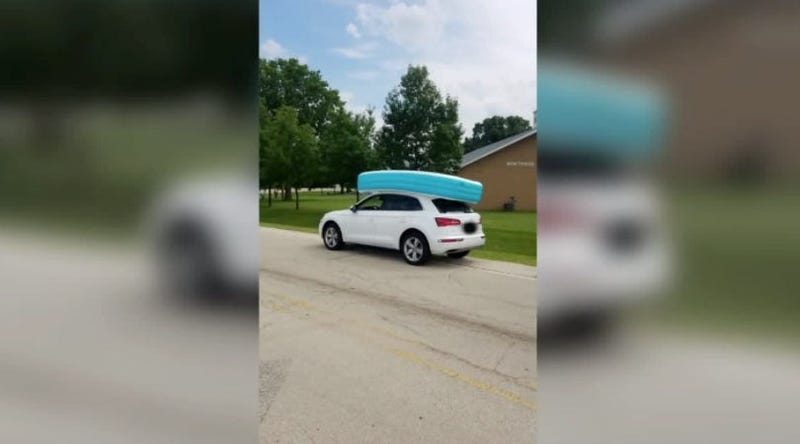 (KMOX) - A 49-year-old Illinois woman won't be winning any 'mother of the year' awards.

Jennifer A. Janus Yeagerwas arrested Tuesday afternoon after authorities say she was spotted driving down Illinois Route 2 in Dixon with her two kids riding in an inflatable pool on top of her SUV.

Police says she drove to put air in the pool at a friends house, then on the drive home was using her daughters as weight to hold it down.

Yeager was placed under arrest for two counts of Endangering the Health or Life of a Child and two counts of Reckless Conduct. She was also cited for failure to secure a passenger of the age of 8 and under the age of 16.

She was transported to the Dixon Police Department where she was processed and released after posting bond.