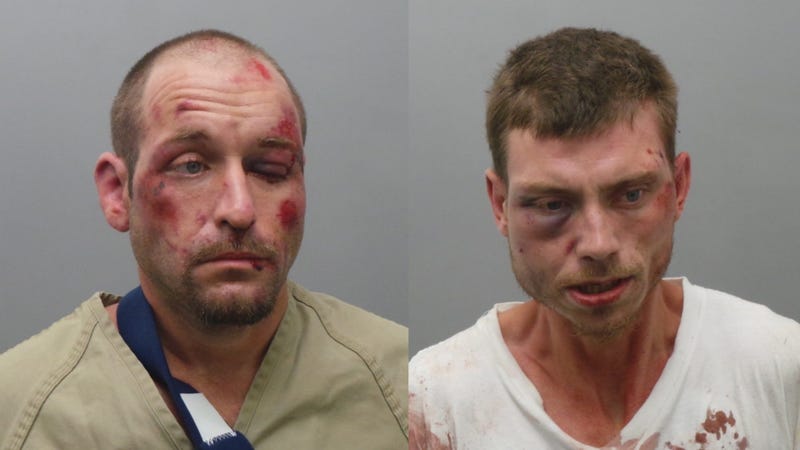 ST. LOUIS (KMOX) - Two St. Louis area men are facing numerous charges after allegedly firing on police and leading them on a pursuit.

It all started with a traffic stop, Wednesday. Police pulled over 42-year-old Kenneth Bull, when 27-year-old Matthew Higgins fired two shots at the officers.

A 15-minute pursuit followed, that caused two police cars to collide with each other. After the suspects' vehicle became disabled, police say both Bull and Higgins "engaged multiple officers in a physical struggle" before being arrested.

Higgins and Bull are facing charges which include with first-degree assault, unlawful use of a weapon for shooting from a vehicle and resisting arrest for a felony.