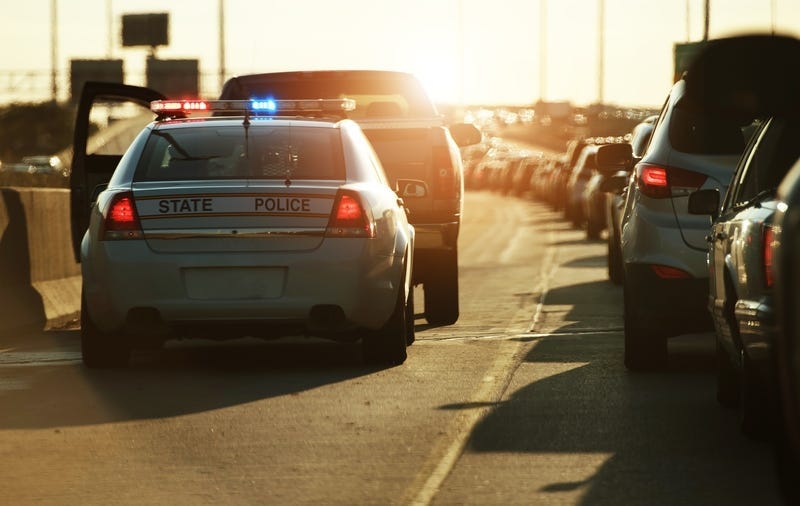 By Total Information AM NewsRadio 1120 KMOX

SPRINGFIELD, Ill. (KMOX/AP) - An Illinois State Police squad car got hit Sunday night near Springfield, Ill. while the trooper was stopped to help a motorist that slid off the snow-covered road.

That makes 27 Illinois State Police Troopers struck this year because drivers did not move over and slow down for stopped emergency vehicles.

ISP says it was a marked car with lights activated. The trooper was not hurt.

Two troopers have been killed this year in crashes that involved alleged violations of Scott’s Law.

Trooper Brooke Jones-Story, 34, was struck and killed in March by a semitrailer long Route 20 near Route 75 in Freeport as she was inspecting a truck she had pulled to the shoulder of the road. Trooper Christopher Lambert, 34, was killed in January while responding to a traffic crash on Interstate 294 near Northbrook.

Scott’s Law is named for Chicago Fire Department Lt. Scott Gillen, who was killed in 2000 on the Bishop Ford Freeway by a driver who was later convicted of reckless homicide.