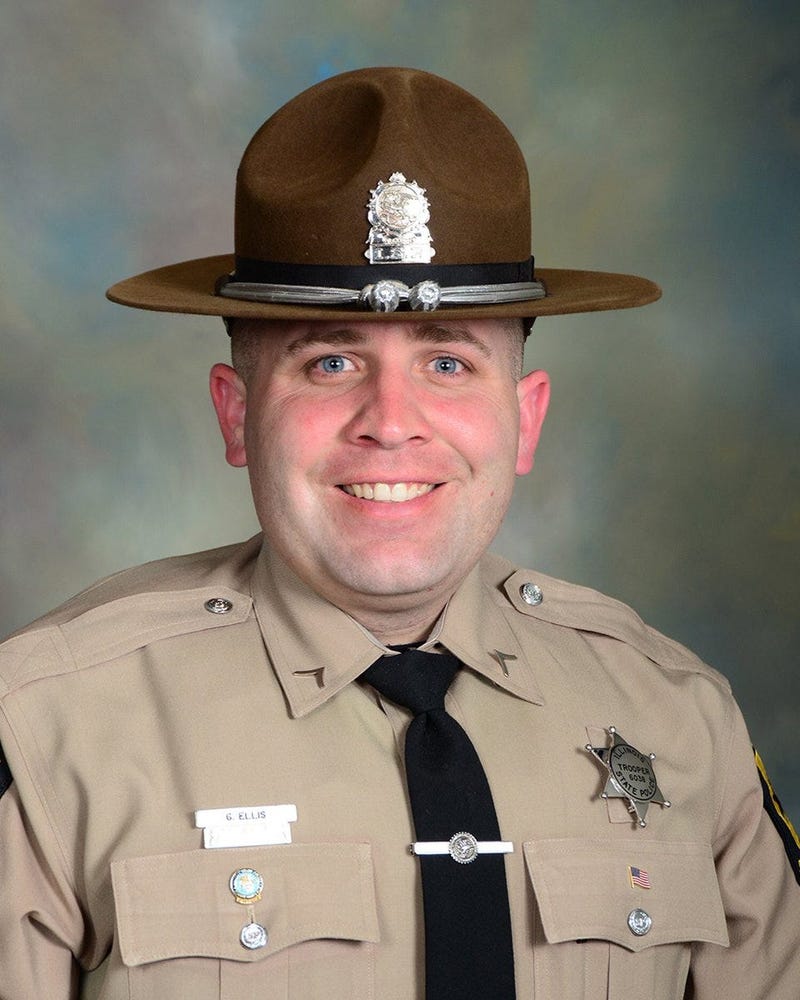 DOWNERS GROVE, IL (KMOX)-For the second time in three days an Illinois State Police trooper has been killed while on duty.

State Police say Trooper Gerald Ellis, who worked in District 15 in Downers Grove, was on-duty in his squad car traveling home on I-94 in Green Oaks at 3:25 a.m. Saturday, when a wrong-way driver hit his car head-on. Ellis died a short time later at a hospital.  Green Oaks is 35 miles north of Chicago.

His death comes after Thursday's death of Trooper Brooke Jones-Story, who was hit by a vehicle in Stephenson County while inspecting a commercial vehicle.

ISP Acting Director Brendan Kelley released the following statement:“While the men and women of the Illinois State Police are still grieving our recent loss, it is with profound heartache and unfathomable sadness that we inform you of the death of another fallen trooper, Trooper Gerald Ellis. Trooper Ellis laid down his life while protecting the citizens of this state. We are asking the public to respectfully give consideration to the family of Trooper Ellis and the ISP while we continue to process and work through this tragedy.”

Trooper Ellis was 36 years old and an 11-year veteran of the Illinois State Police. He leaves a wife and two young children.