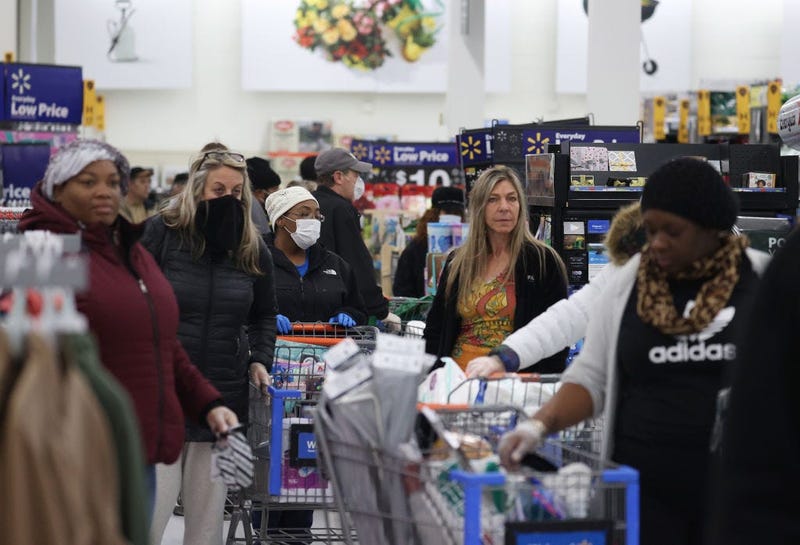 (KMOX) - The face mask policies put in place by major companies like Walmart, Walgreens, CVS, Home Depot and Lowe's aren't as strict as you may think. Most of those companies are instructing employees to "let them continue to shop" if a customer refuses to wear a mask and "never physically block someone" from entering the store.

Walmart officials have reportedly eased up on their customer mask policy, following a number of confrontations between employees and anti-maskers in stores around the US. One incident happened on July 15 at a Walmart in Central Los Angeles where an employee was suspended after she pepper-sprayed a man who refused to wear a face mask. In a Louisiana Walmart, a woman from Missouri was arrested when her anger at seeing people go maskless got the better of her.

CNN reports, some companies have instructed employees to allow admittance to customers who refuse to wear masks. In Walmart's training program for its new "health ambassadors," employees are told that if a customer refuses to wear a mask, you should let the customer into the store and notify management "so that they can determine the next steps."

A Home Depot spokesperson told CNN its face mask policy is similar to its shoplifting policy, where employees are told not to block the entrance or chase after a customer.

A couple of retail organizations aren't on board with the relaxed safety measure.

"It's no different than wearing shoes or a shirt," he says, adding he doesn't believe the retailers intended on enforcing their policies in the first place. "All they had was a public relations stunt."

The Retail Industry Leaders Association – which represents companies such as Walmart, Target and Walgreens – says the best move would be for state and federal mandates on face masks, so that companies don't have to become the enforcers.

"Many retailers feel like they have to act since some governors haven't," Retail Industry Leaders Association spokesperson Melissa Murdock told CNN.

The group wrote to the National Governors Association earlier this month to request a uniform mask mandates across all 50 states.