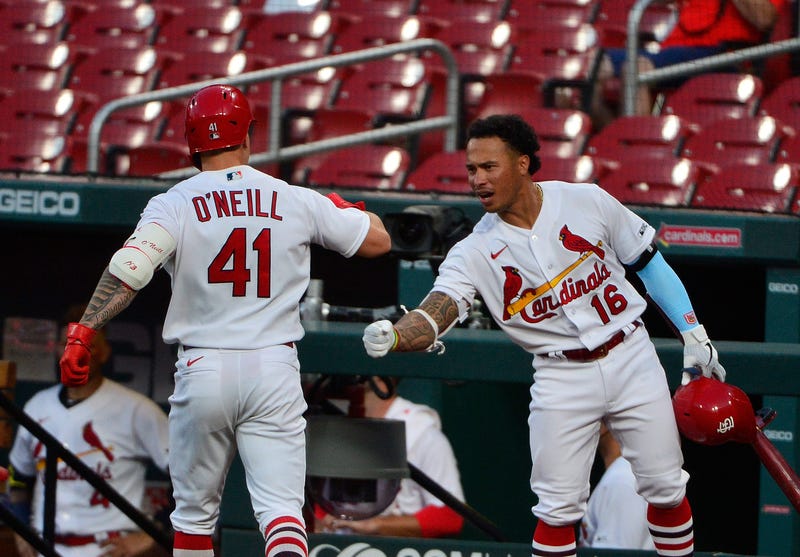 ST. LOUIS (KMOX) - Tuesday night from his hotel room in Milwaukee, St. Louis Cardinals President of Baseball Operations John Mozeliak announced the Cardinals are preparing to head back to St. Louis and resume their season schedule.

"The tests we did take this morning have been reported in, and we all returned back negative," Mozeliak says. "From MLB's standpoint, we have been cleared to travel, and cleared to go back onto the field."

The Cubs are scheduled to be in St. Louis to start a series against the Cardinals on Friday.

John Mozeliak announces Cardinals have been cleared by MLB to fly back to STL tomorrow and return to the field.

Mo: I think luckiest thing that happened to us was off-day Thursday..We were never together as a group. I think that really changed our trajectory, which is scary. If we had a game & treated it like a normal day, think we'd have been looking at..very dramatic affect on this team.

"It's been an incredible week. It has not been easy for everyone to sequester themselves in this hotel, but we're looking forward to getting out of here and getting home," Mozeliak says.

The Cardinals announced on Monday that 13 people (seven players and six staff members) on the team's travel party tested positive for COVID-19. Six of those players allowed their names to be released by the team: Catcher Yadier Molina, infielders Paul DeJong, Edmundo Sosa, and Rangel Ravelo, and pitchers Junior Fernández and Kodi Whitley.