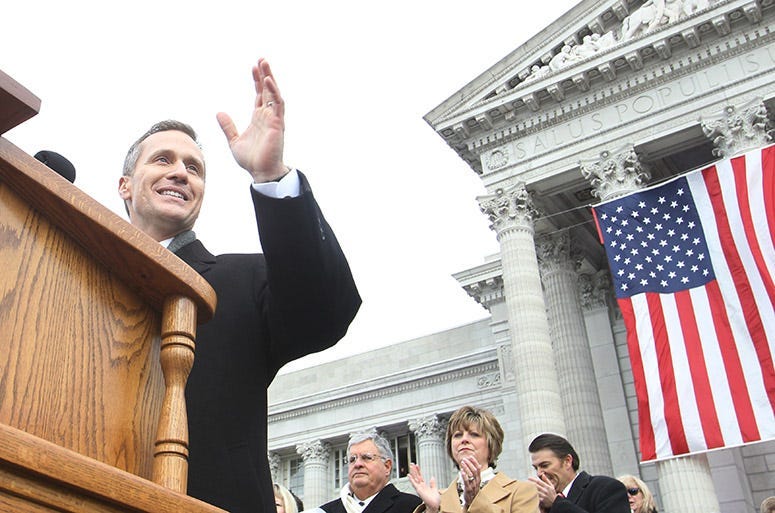 People really began speculating, though, after seeing what office Greitens' committee is filed under — primary for governor, 2020.

"I'm not willing to take it seriously until I see a public declaration that someone's in the race — Greitens or whoever," Robertson replied.

It's widely believed the account is still open to pay off bills, including those of the legal variety. That's common practice.

"Right now, there are a lot of opportunities for someone who is not actually running for office to be able to use money they've raised to address problems that have come up or address opportunities that are not directly associated with the campaign for office."

He thinks Parson has done a good job negotiating with all waves of his party. The Governor also just notched some positive economic news, with Bayer announcing 500 new jobs in the St. Louis area.

"Until I can see evidence of a real serious threat to him, I think the field is clear for him to get that nomination and to wage a very serious campaign," Robertson said.

Why the Greitens fascination among political observers?

Robertson says Greitens made obvious he was ambitious. He was also a lightning rod. So people are watching for his next move.

A party source says Greitens could have chosen any office to keep the fund open and changed later as need be, but likely picked Governor to "annoy some people."