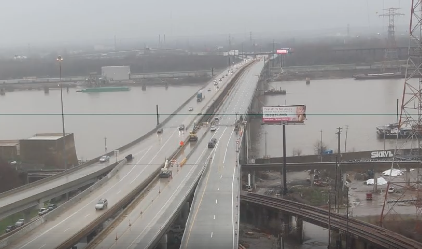 A 24-year-old man tells St. Louis Police he was on a party bus crossing the McKinley Bridge at about 2:00 a.m., when a fight broke out between two groups on the bus. The driver stopped the bus. The occupants got out. As the victim was walking away he heard gunshots and felt pain in his neck and back. He was taken to a hospital by an unknown person.

At about 4:00 a.m., Illinois State Police were called to the Poplar Street Bridge. They found two men, ages 29 and 31, in a  vehicle suffering from gunshot wounds. They tell police that someone in a passing vehicle opened fire on them. A 27-year-old woman who was with them, was taken to a hospital by private vehicle.

All four victims are expected to survive.