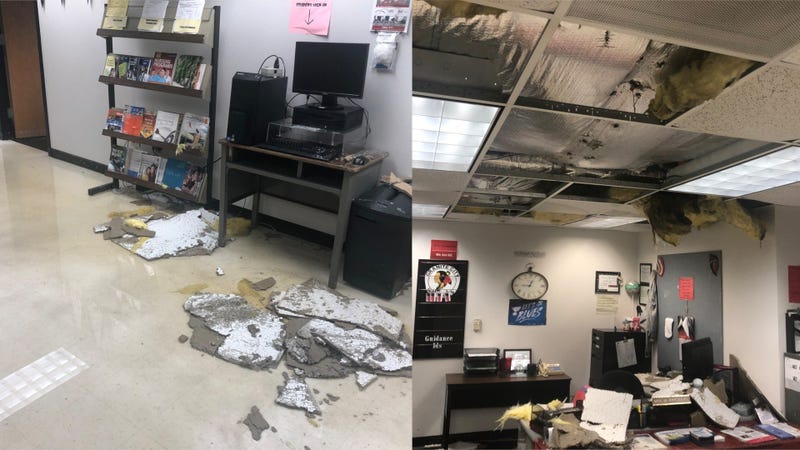 Greenwald tells KMOX, "we still have cleanup to do."

The area of concern involves dust from quartz.

And while there were Summer School classes in that high school building, Greenwald tells KMOX, it was in a separate wing from where the quartz is.

Another delay for the start of classes for the Granite City District 9 Schools.

As KMOX first reported, the delay has nothing to do with the flooding from last week. Superintendent James Greenwald tells us "additional environmental testing" will happen at the high school, Wednesday morning and they're hopeful to open for the start of classes by Monday, Aug. 26.

This air quality testing is the result of a construction project that was completed back in May.

Here was the message to district parents:

Due to ongoing air quality testing, school will be canceled Thursday, August 22nd and Friday, August 23rd. The projected start date is Monday, August 26th. Parents will be updated as new information becomes available. Student safety is our primary concern; your patience is appreciated.

Summer vacation will be a little longer for the Granite City Community Unit 9 District because of Monday's massive rainfall.

Superintendent James Greenwald told KMOX Friday that the clean up effort is not yet complete, and school will not start on Monday, Aug. 19, as previously projected. The first day of classes for the entire district will be Thursday, Aug. 22 — until further notice.

Granite City received 9 inches of rain in less than 24 hours, and Greenwald said there was major flooding at the high school and some flooding at Coolidge Junior HIgh.

"The workers felt that if they had several consecutive days to get things dried out, to do things to be able to restore business as usual, we would be in much better shape to safely open school," Greenwald said. "We were scheduled to have our first day of school on Thursday (Aug. 15). We didn't really want to compromise the situation."