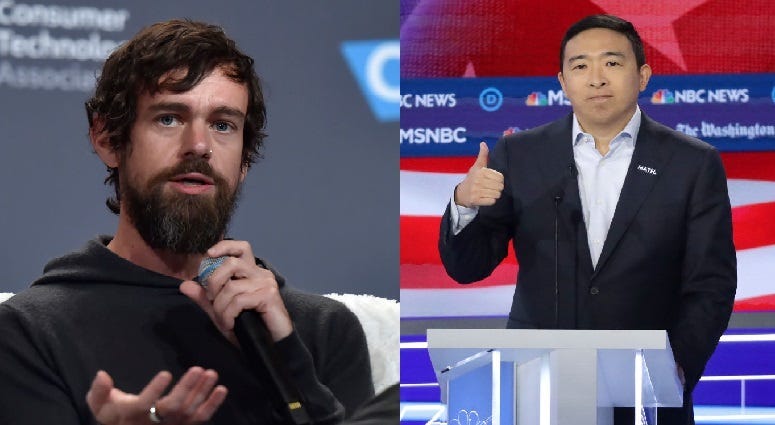 "We're going to give $250 dollars to 20,000 Americans," Yang announced on CNN Thursday morning. "We are incredibly grateful to Jack (Dorsey) for this $5 million because it will improve the immediate situation for thousands of Americans."

Dorsey made the donation through his "Start Small" philanthropic fund...which he invested $1 billion in after the pandemic started. Part of the motivation was to help fight COVID-19, but Dorsey also wanted to use fund to explore the possibility of a universal basic income for Americans. During the Democratic campaign for President, Dorsey supported Yang, who made UBI a big part of his platform.

Dorsey was recently a guest on Yang's RADIO.com podcast "Yang Speaks" today. You can view their conversation here: