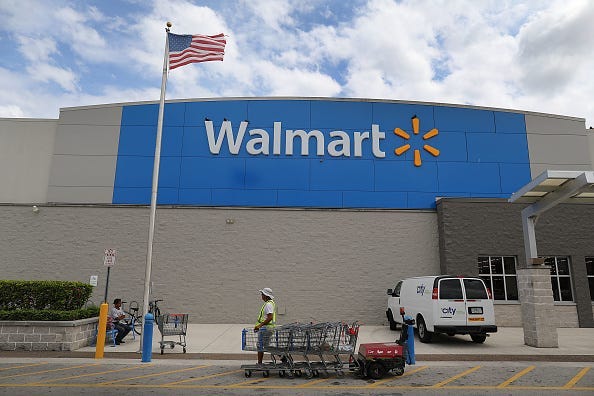 WARRENTON, Mo (KMOX) - Police in a Missouri town about an hour west of St. Louis are being lauded for their work to arrest a man who licked a row of deodorant sticks at Walmart and shared the video on social media.

The Warrenton Police Department arrested the man and chargers are pending, according to a statement posted on the department's Facebook page Monday.

Related: Coronavirus Facts Only: What's allowed and how long 'stay at home' orders should be in place

Police did not release the man's name or any other info.

In the video, which has been shared multiple times on Twitter, the man asked, "Who’s scared of coronavirus?" before running his tongue down a row of deodorants at what police confirm was a Walmart in Warren County, Mo. The video also has text on it that reads, "I'm a nasty moths ******!!!"

Police say the video was shared not only by local residents, but also was shared by people in "the Netherlands, Ireland, and the United Kingdom."

Commentators on social media were sharing the video with news of the man's arrest saying, "Kudos to the Warrenton, MO police department on their swift apprehension and arrest of this low life," another said, "Thank you City of Warrenton Police Department, this is not funny."

"We take these complaints very seriously and would like to thank all of those who reported the video so the issue could be addressed," police say.