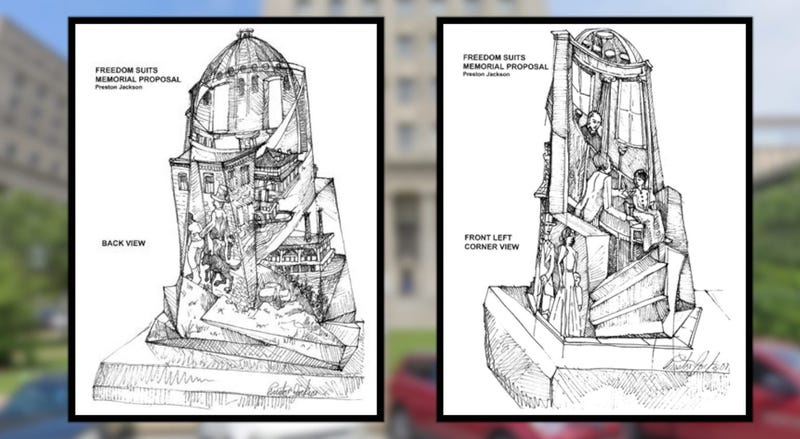 ST. LOUIS (KMOX) - A monument is planned in downtown St. Louis to pay tribute to some 400 slaves who filed lawsuits for their freedom, from the early 1800s leading up to the famous Dred Scott Supreme Court case, which originated in Missouri.

Supporters are hoping to raise $1 million for the Freedom Suits Memorial, which would be unveiled in July of 2021 on the east lawn of the Civil Courts Building.

“This is a very important project, which fits my life’s work, telling the visual history of our country in a compelling and effective manner that is appropriate for all.” Jackson says. “I feel it is imperative that the descendants of slaves see themselves as strong people, as survivors, and this sculpture will certainly send that important message.”

Fundraising from private sources is now underway and donations can be made to the St. Louis Bar Foundation, here.

The Dred Scott v. Sandford case was a landmark decision by the SCOTUS which ruled that Americans of African descent, whether free or slave, were not American citizens and could not sue in federal court. The Court also ruled that Congress lacked power to ban slavery in the U.S. territories. Finally, the Court declared that the rights of slaveowners were constitutionally protected by the Fifth Amendment because slaves were categorized as property.