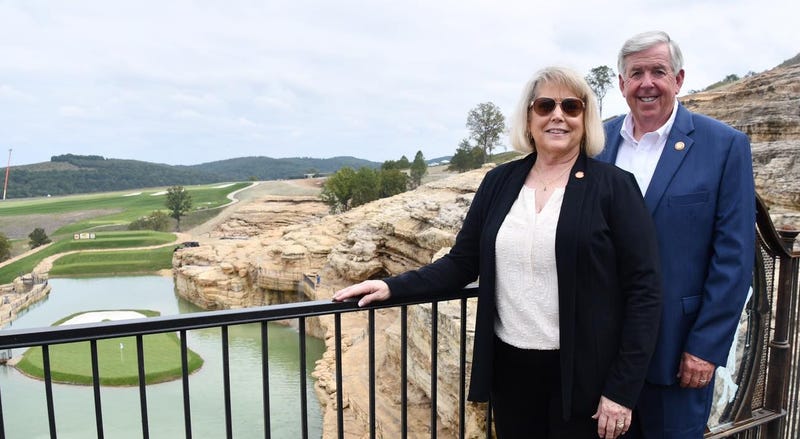 September 23, 2020 09/23/2020 5:55 pm
JEFFERSON CITY, Mo (KMOX) updated at 4 p.m. - Missouri Gov. Mike Parson and his wife Teresa Parson tested positive for COVID-19, stated a release by the governor's office. All of his events have been canceled until further notice.

Teresa Parson first was tested Wednesday morning after displaying minor symptoms, but did not have a fever. Her test came back positive, which prompted Gov. Parson to also be tested and his also came back positive.

Parson, 65, underwent heart surgery in 2016 after doctors discovered a blockage discovered during a routine checkup in Springfield. He may be considered a potentially high-risk COVID-19 patient.

"At this time, the Governor feels healthy and is displaying no symptoms, and the First Lady has mild symptoms. Proper safety protocols have been implemented at the direction of Dr. Randall Williams, Director of the Department of Health and Senior Services," stated a press release from the governor's office. "During this time, Governor Parson continues to conduct and fulfill all roles of businesses of the state of Missouri from the Governor's Mansion without interruption."

The governor's staff has been tested and is awaiting results.

Parson was expected to be in St. Louis on Wednesday to sign a bill lifting the residency rule for police officers in the city, but that event has been postponed.

The couple was at a golf event on Tuesday at the new course designed by Tiger Woods, where he the PGA pro played with other top golfers in the world in a nationally televised match.

Parson, 65, has repeatedly urged residents to wear masks and maintain social distancing, but he has been an outspoken opponent of mask mandates, often appearing at functions without one.

He's facing Democratic State Auditor Nicole Galloway in the November election, who has said she will institute a statewide facemask policy if elected.

Their first debate set for this Friday will be rescheduled, according to Mark Maassen, executive director of the Missouri Press Association which was set to host the debate.

Parson has repeatedly urged residents to wear masks and maintain social distancing, but he has been an outspoken opponent of mask mandates, often appearing at functions without one. In July, speaking without a mask at a Missouri Cattlemen’s Association steak fry in Sedalia, he reiterated his stance.

Missouri has reported 1,947 deaths, including 83 reported Wednesday. That single-day total was the highest since the pandemic began. The second-highest was the 57 announced Tuesday.