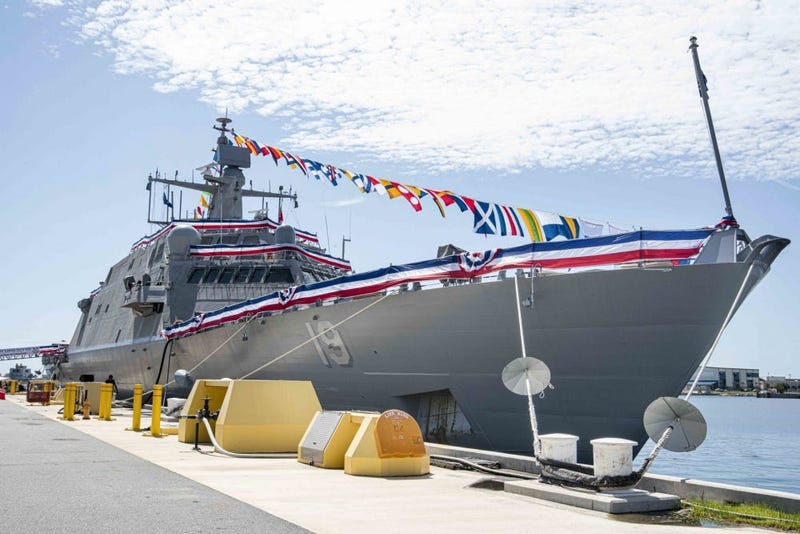 During what was the Navy's first virtual commissioning, due to the coronavirus, Ship's Sponsor Barbara Taylor told the crew she is awed by the ship's beauty, technology, speed and versatility. "May she be a safe and comfortable home at sea as you work together to keep us safe and fulfill her motto, gateway to freedom."

Barbara Taylor talks about the USS St. Louis and her role as sponsor

Assistant Navy Secretary and St. Louis native Charles Williams pointed out that the new ship is a littoral combat ship, which operates in shallow water. "That plays to the namesake of the best river port of St. Louis. It is known as the Gateway City. It has long supported our nation's veterans and armed forces."

Taylor took time to say thank  you to the people of St. Louis. "Who have embraced the crew as their own and who have made generous contributions of their time and resources to demonstrate friendship and appreciation. They are rightfully proud of USS St. Louis, LCS 19, the seventh ship to bear the name of our beloved hometown."

The USS St. Louis, a 390 foot long ship that will carry 70 crew members, will be stationed at Navy Station Mayport.