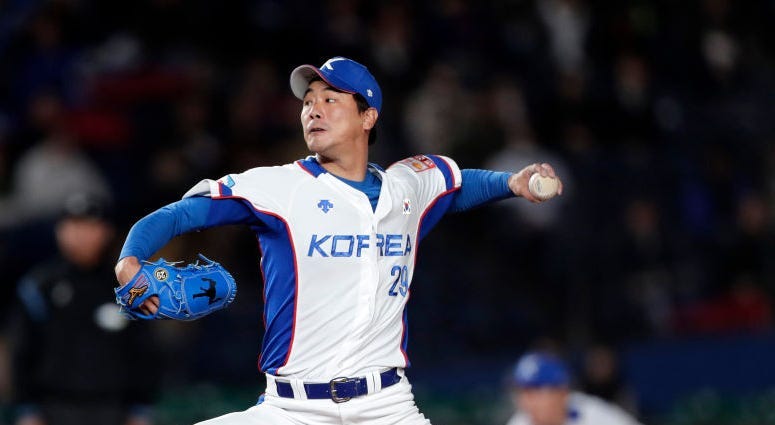 It's a two-year contract for the upcoming 2020 and 2021 seasons. Financial terms were not disclosed by the Cardinals, but reports say it is a deal worth $8 million.

Kim will come over from the Korea Baseball Organization, who in his last 12 season – all with SK Wyverns — he had a 3.27 ERA with 7.8 K/9 against 3.5 BB/9 across 1,673 2/3 innings before the club posted him. He was voted as the 2019 Best Pitcher after leading the KBO in quality starts (24) while ranking second in wins and strikeouts; and third in ERA and innings pitched.

Kim’s Best Pitcher award compliments his 2008 KBO Most Valuable Player award during his 19 year-old season, when the left-hander was 16-4 with a 2.39 ERA (162.0 IP) and 150 strikeouts during his second-year as a professional.

Welcome to St. Louis, Kwang-hyun Kim. He says he likes to be called KK. #STLCards #cardinalsnation

Kim, and his wife, Sang Hee, have a daughter, Minjoo, and a son, Minjae.

Nicknamed “KK”, Kim will wear uniform no. 33 for the Cardinals.

St. Louis has had recent success in deals bringing pitchers into Major League Baseball from overseas. Most recently, it was Miles Mikolas who was an All-Star in 2018 after signing a 2-year, $15.5 million contract before the season. It wasn't his first time in the majors, but he was coming off three seasons in Japan's Nippon Professional Baseball league.