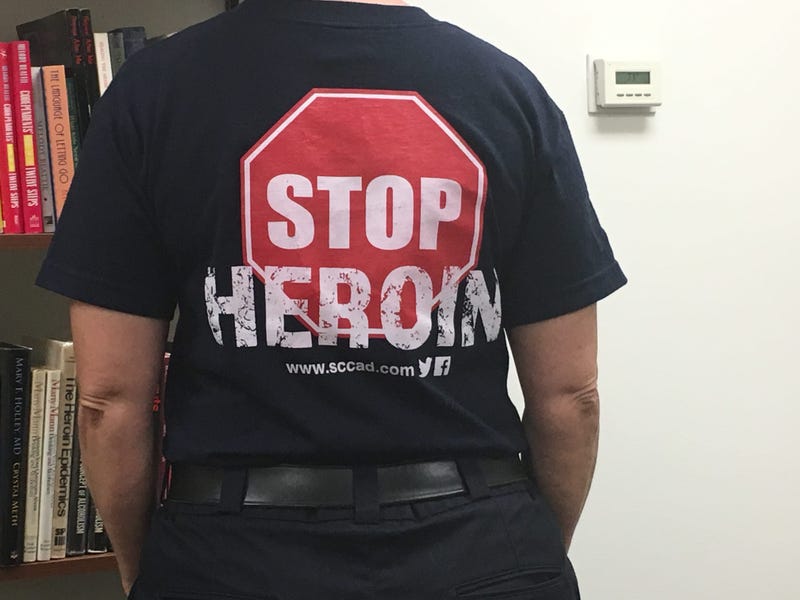 ST. CHARLES, MO (KMOX) A program that has been saving and changing the lives of heroin users in St. Charles County has just passed its second anniversary. And it all started with a t-shirt.

Cassidy says when she first proposed the plan, some of her colleagues and police officers scoffed. They now have to admit, it works.

"They've seen it work. They've seen these people call us. We give them feedback if we do place somebody," Cassidy says. "A lot of times their response is, 'I really didn't think that guy wanted to do it. I thought he just signed the paper to get us out of their face.'"

According to district records, of the more than 1,000 victims treated over the last two years, about 700 have consented to receiving the follow up call, nearly 250 have enrolled in treatment.

In addition to offering to help them get help, the paramedics also leave behind an overdose kit. It includes information on how to get help, information on Missouri's Good Samaritan law, which protects those who report an overdose, and two doses of narcan.

While some say leaving the anecdote to an overdose may enable the user to use again, Cassidy disagrees.

"You can't force somebody to get into treatment," she says. "All we're doing is allowing them to live long enough to decide that's what they want. Most of them hit some kind of point in their life where they decide this is what they want to do and for the one's that don't, we help the families."

She urges people to learn more about addiction.

In many cases, Cassidy says, someone in the home, or police officers, have already given the victim narcan before paramedics arrive.

The narcan in the kits is paid for with a federal grant.