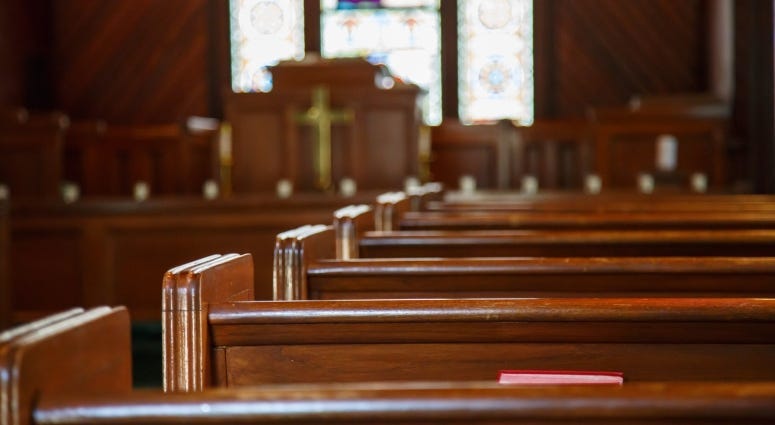 ST. LOUIS (KMOX/AP) — The recent release of details from a 13-month long investigation of sexual abuse within the Roman Catholic Church is eliciting reactions from local organizations.

Following Missouri Attorney General Eric Schmitt's investigation, he is referring 12 former clergy for potential criminal prosecution. The religious leaders were within the Archdiocese of St. Louis and the dioceses of Kansas City-St. Joseph, Springfield-Cape Girardeau and Jefferson City.

The Survivors Network of those Abused by Priests issued a statement alleging the investigation "dramatically falls short of efforts by attorneys general in states like Michigan, New Jersey and Pennsylvania."

SNAP called it "terribly worrisome" that "the AG is exposing not one church official who committed or concealed child sex crimes," noting that the report even points out that many cases were beyond the statute of limitations.

In response to the investigation, Archbishop Robert J. Carlson of the Archdiocese of St. Louis issued the following statement:

“In August of 2018, when I invited the Attorney General’s office to investigate all allegations of sexual abuse of a minor, we promised full cooperation and unfettered access to archdiocesan records. Following that investigation and today’s report, the Archdiocese of St. Louis remains committed to working with authorities, to bringing healing to victims and their families, and to ensuring a safe environment for all of our children.”

Along with the statement, the Archdiocese said it "encourages anyone who has yet to share their story of abuse to please come forward to the local and state authorities. Anyone who has knowledge of sexual abuse of minors or misconduct by a member of the clergy, an employee or volunteer of the Archdiocese of St. Louis, can also call the Office of Child and Youth Protection at 314-792-7704."

Read the full statement from SNAP below:

"Missouri’s top law enforcement official today released a report into clergy abuse in Missouri. The report released by A.G. Schmitt falls dramatically short of efforts by attorneys general in states like Michigan, New Jersey, and Pennsylvania.
"One notable difference between the efforts in those states compared to the effort in Missouri is that those other attorneys general focused on making arrests as they could and kept the public informed of progress along the way, whereas in Missouri information was held back until today’s public release. Another notable difference is that those states used search warrants, subpoenas, and arrests to get the information they needed: in Missouri, the AG relied on cooperation with church officials.
"We know that the best way to get survivors to come forward is to aggressively reach out to them and keep them informed of the status of the investigation. This is not what we saw happen in Missouri. We also know that church officials have long hidden abuse files from law enforcement officials in other states and find it hard to believe that A.G. Schmitt had complete access to those files.
"We are glad that the 12 clergymen identified by AG Schmitt have been referred to prosecutors, but as best we can tell, the AG is exposing not one church official who committed or concealed ... child sex crimes. This is terribly worrisome, especially given that the report itself points out that that many of the cases the AG learned about were beyond the statute of limitations.
"Getting abusers off the street is a key step towards protecting other children. But it is equally critical that powerful men who used their power to support abusers instead of protecting children are identified to the public and pointed out to local police and prosecutors for further investigation. Children will be safer when the public is aware of who enabled these abusers, minimized the allegations against them, and covered-up their abuse.
"But our largest issue with this report is with the recommendations offered by AG Schmitt. Instead of recommending reforms to intransigent church officials, he should be making recommendations to Missouri's elected officials and law enforcement agencies. He should be promoting secular recommendations like reforming the state’s archaic statute of limitations, setting up a tough state RICO law, or pushing state legislators to increase the AG office’s prosecutorial powers so that rooting out corruption and deceit in powerful institutions doesn't rest solely with individual, underfunded, and overworked county prosecutors and local police.
"Reports like the ones from Pennsylvania and Illinois showed in plain detail how church officials were quick to abandon the supposedly binding recommendations in the Dallas charter. We predict that church officials in Missouri will claim to fully adopt the AG’s recommendations. We even more confidently predict that when the limelight fades, they will ignore these recommendations too."
© 2019 KMOX (Entercom). All rights reserved.