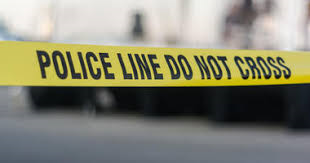 In the city of St. Louis, the first homicide happened just after 9 pm in the 5300 block of Cote Brilliante.  A man in his 30's was shot to death. A teenager was wounded.

A boy died around 9:40 pm in the 3900 block of Evans.  Police say he was shot in the chest by an acquaintance who was playing with a gun.

A male victim died after being shot several times inside a car around 12:20 am at North Garrison and Montgomery.

One of two men shot around 3:20 am in the 900 block of South Broadway died. The other is said to be in critical and unstable condition.

Among the wounded, four people who were shot around 1:00 am at Union and Cote Brilliante.  They made it to the hospital.  None of their injuries are life threatening.

The St. Louis County homicide occurred at about 4:45 am Sunday, when a woman was shot to death at the gas station at Lucas and Hunt and I-70. Police say it happened during an altercation. The suspect is at large.