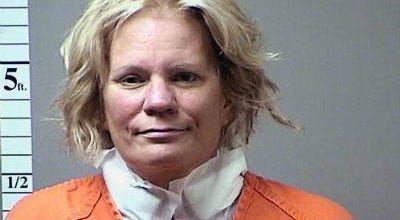 ST. LOUIS (KMOX) — A St. Charles County woman who admits killing one person — and has been suspected of two other murders — is sentenced to life without parole.

Pam Hupp was in court today, and KMOX's Kevin Killeen was there.

Hupp looked thinner, gray-haired and humbled ... sitting silent in an orange jail jumpsuit ... ankle chains and handcuffs jangling. Hupp was arrested three years ago for the murder of Lewis Gumpenberger, an elaborte ruse to draw attention away from her in a separate murder case, the 2011 stabbing of Betsy Faria in Lincoln County. Prosecutor Tim Lohmar said Hupp was smart, but left a trail of clues that got her.

"I think she thought she was the smartest person in the room, no matter what room she was in. And it was clear that she was embolded. Now, you can think she believed, honestly, she would never get caught," Lohmar said.

A sister of the victim sobbed in court telling the judge she believes Hupp is a serial killer, responsible also for the death of Hupp's own mother, who fell from an assisted living balcony, and Hupp's friend Betsy Faria. The sister told the court, "I pray I live long enough to see the day of her death."