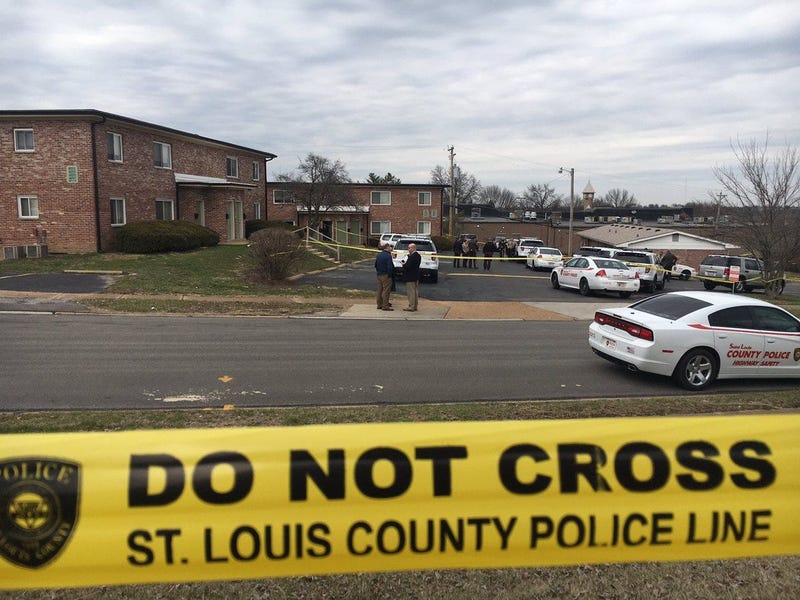 St. Louis County police are investigating an officer-involved shooting that sent a man to the hospital in serious conditon.

It happened about 2 p.m. Tuesday on the parking lot behind Yorktown Apartments off Lemay Ferry Road, near Butler Hill Road and I-55.

Police say the suspect was causing a disturbance at a nearby Coldwell Banker real estate office. The man was not a customer, and police say he was acting erratic.

The suspect was found at the apartment complex. Police say he came at them with a metal pipe, and he could not be subdued with a taser gun or a bean bag gun.

The 37-year-old officer who fired the shots has been on the force for eight years, and was not injured.

A 61-year old man is in critical but stable condition after being shot by a University City police officer early Tuesday morning. Police responded to a domestic disturbance call in the 1500 block of North Hanley Road. The wife of the suspect was removed from the home, but the husband pointed a long gun at officer.

Police say one of those officers fired three shots, hitting the man in the chest and leg. An investigation is underway.

Related: Edwardsville husband and wife found dead in their home

Two men were shot in the head and survived in North St. Louis. The first shooting was on Floy, north of Emma, about 6:45 p.m. Monday. The second was an hour and a half later on West Florissant near O'Fallon Park.

Both victims were rushed to the hospital in critical, but stable condition. However, a man was killed in South St. Louis. The shooting happened on Cherokee Street near Ohio Avenue at about 9:15 p.m. The suspect fled the area on foot. Then, about 10:45 p.m., St. Clair County police say a man was shot as he was trying to exit a train at a Metro Station in East St. Louis. Police say the victim ran from the scene at 5th and Missouri towards Broadway, but was eventually found and rushed to a local hospital, where he later died.

The victim has been identified as 18-year-old Lundy Blue, of Alorton.

There were no security guards either on the train or on the platform when Blue was shot. While Metro CEO Taulby Roach says they can't be everywhere at all times, they will look into where their resources were at the time.

He says they'll be reviewing the incident with law enforcement.

"What we owe the public is a very strong reaction," to the incident, Roach says. Witnesses say Blue and his killer, who got on at different stations, did not argue, and investigators say there's no indication it was a robbery.

Metro has provided investigators with video of the suspect, who fled the scene and remains at large.

The Major Case Squad is investigating.