ST. LOUIS (KMOX) - The St. Louis Blues rallied to come back from multiple deficits in its victory over the San Jose Sharks 5-4 Monday night. They finally got to raise their sticks to fans in attendance. 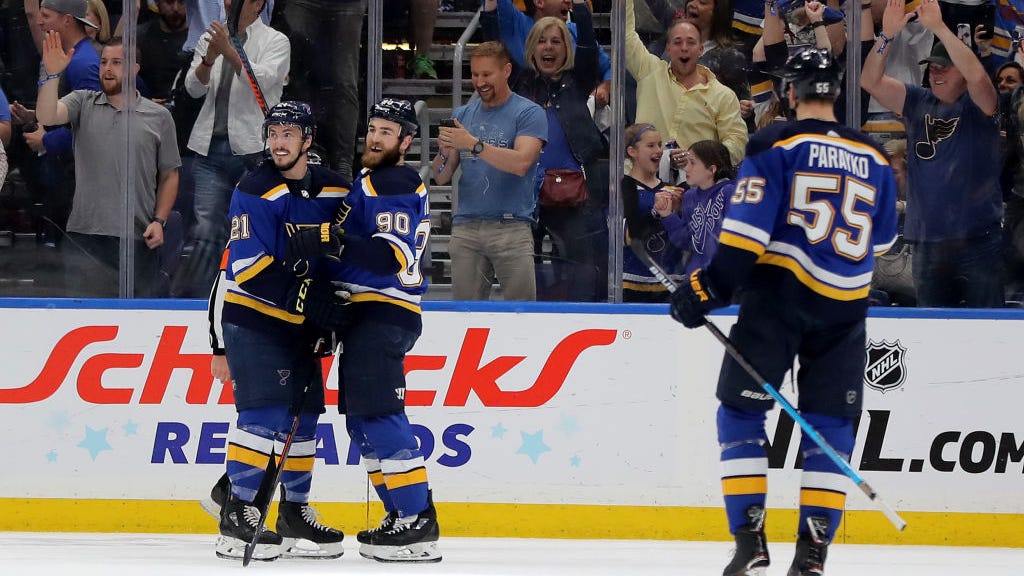 The game's No. 1 star was Blues defenseman Justin Faulk, who scored twice.

“We were very excited to have some of the frontline workers, the people that have been doing their best and putting their best effort to keep us safe and healthy,” Faulk said. “Even if it’s a limited number of people we’re happy we can have them and thank them for all they’ve done over the last 10 or 11 months.”

The Blues hosted around 300 selected front line healthcare workers to sit in socially distanced areas of the arena. There was a special puck drop as the Blues saluted their work over the past 10 months.

Check out some photos from the game: 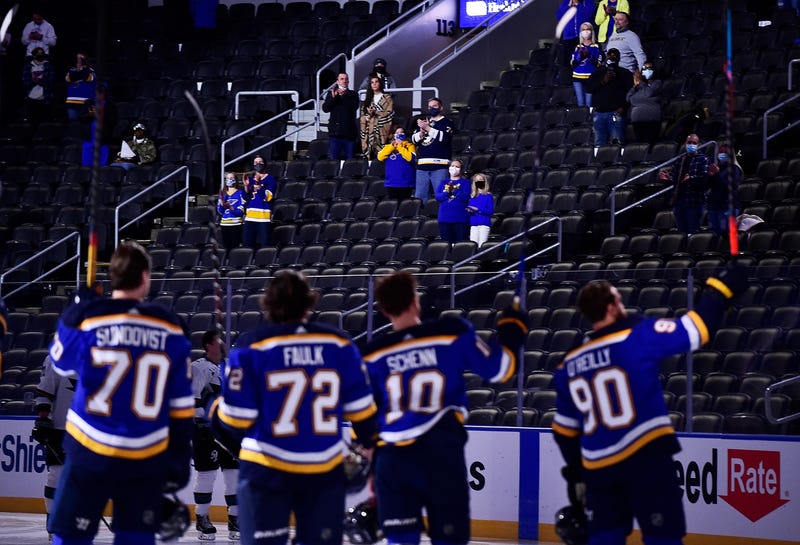 Monday nigth was the first Blues game at Enterprise Center since March 9, 2020 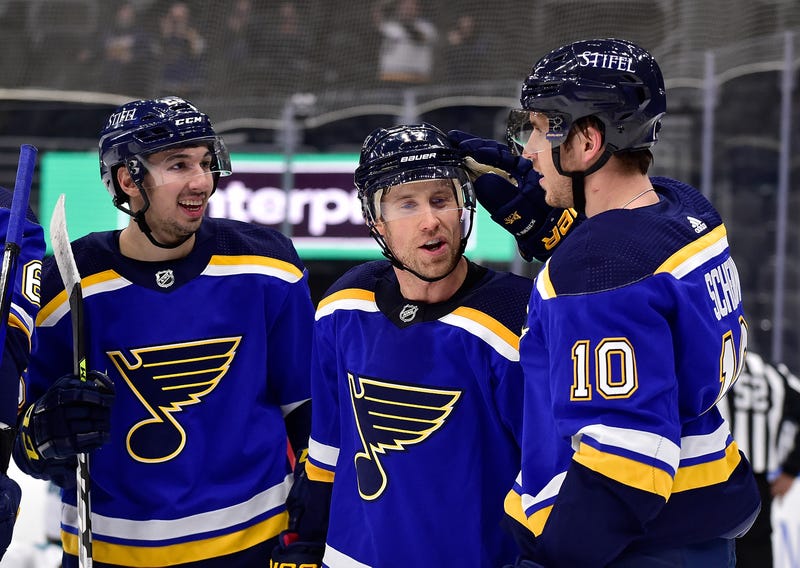 Kyrou scored the game-winning goal, which was his second this season as the Blues improved to 2-1 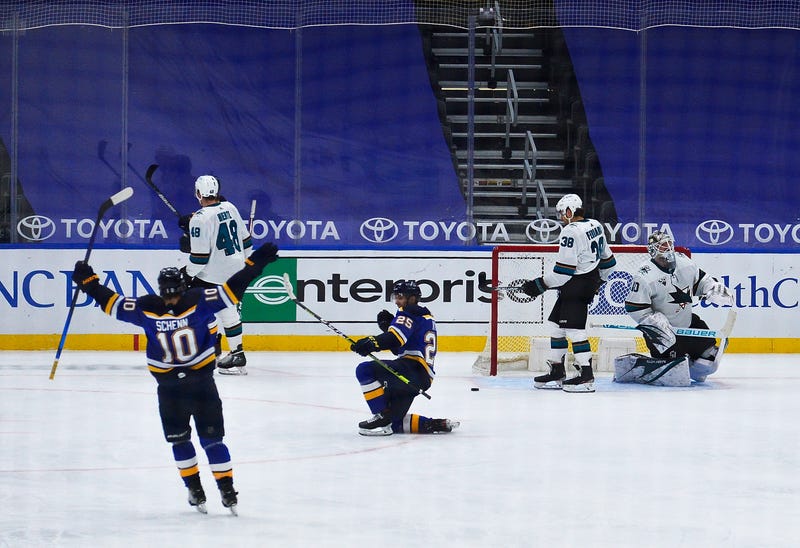 Health care professionals, first responders and relatives of Blues players and staff were the only fans allowed inside 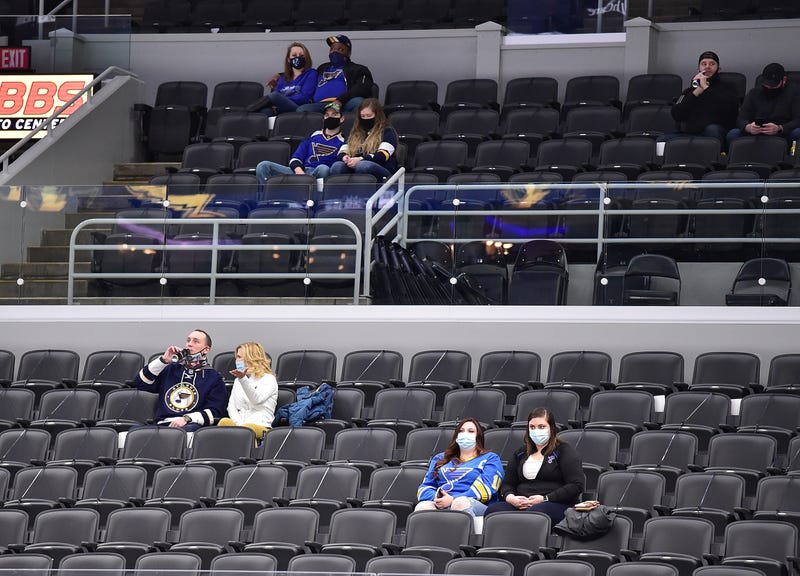 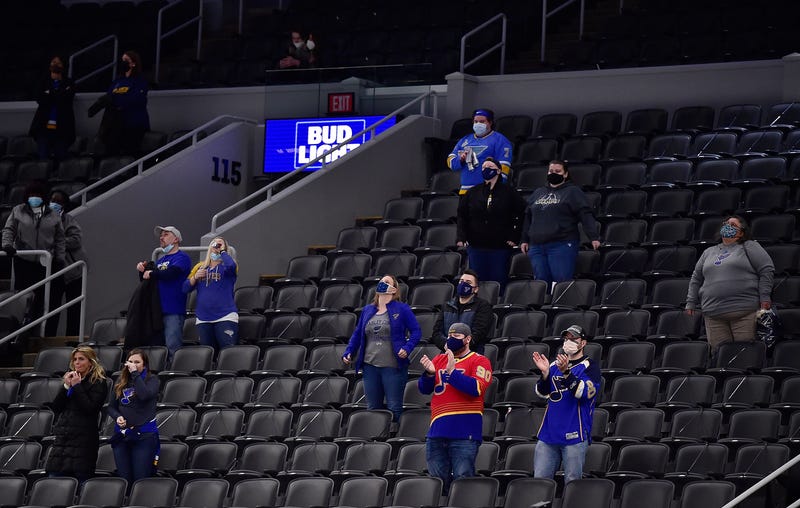