ST. LOUIS (KMOX) - Former St. Louis Cardinals pitcher Adam Wainwright has been named in a defamation lawsuit claiming Major League Baseball has "evidence that implicated" he and more than a dozen other MLB pitchers have used a foreign substance to improve their grip on the ball.

The suit, which KMOX has obtained, was filed by Brian “Bubba” Harkins, who was fired from his job of nearly four decades as the LA Angels visiting clubhouse manager. He is claiming he is being used as a scapegoat in what was a well-known operation by the Angels organization to provide an "illegal ball-doctoring substance" to pitchers throughout Major League Baseball. Harkins claims he's being used to protect the players, but says "all of the Angels pitchers, coaches and managers knew" what he was doing.

The lawsuit that claims MLB knows of pitchers such as Wainwright, Gerrit Cole, Justin Verlander, Max Scherzer, Felix Hernandez and Corey Kluber have used a substance during games that prohibited by MLB. It also names a number of Angels pitchers.

KMOX has reached out to Wainwright's agent and is awaiting a response.

I'm not assuming anything about any one named, I'm just passing along the story from the LA Times and noting what is alleged in the story.

If this ends up being a big deal I'd be kinda surprised, this has been an open secret for years.

Wainwright is currently a free agent and has thus far played his entire career for the Cardinals. 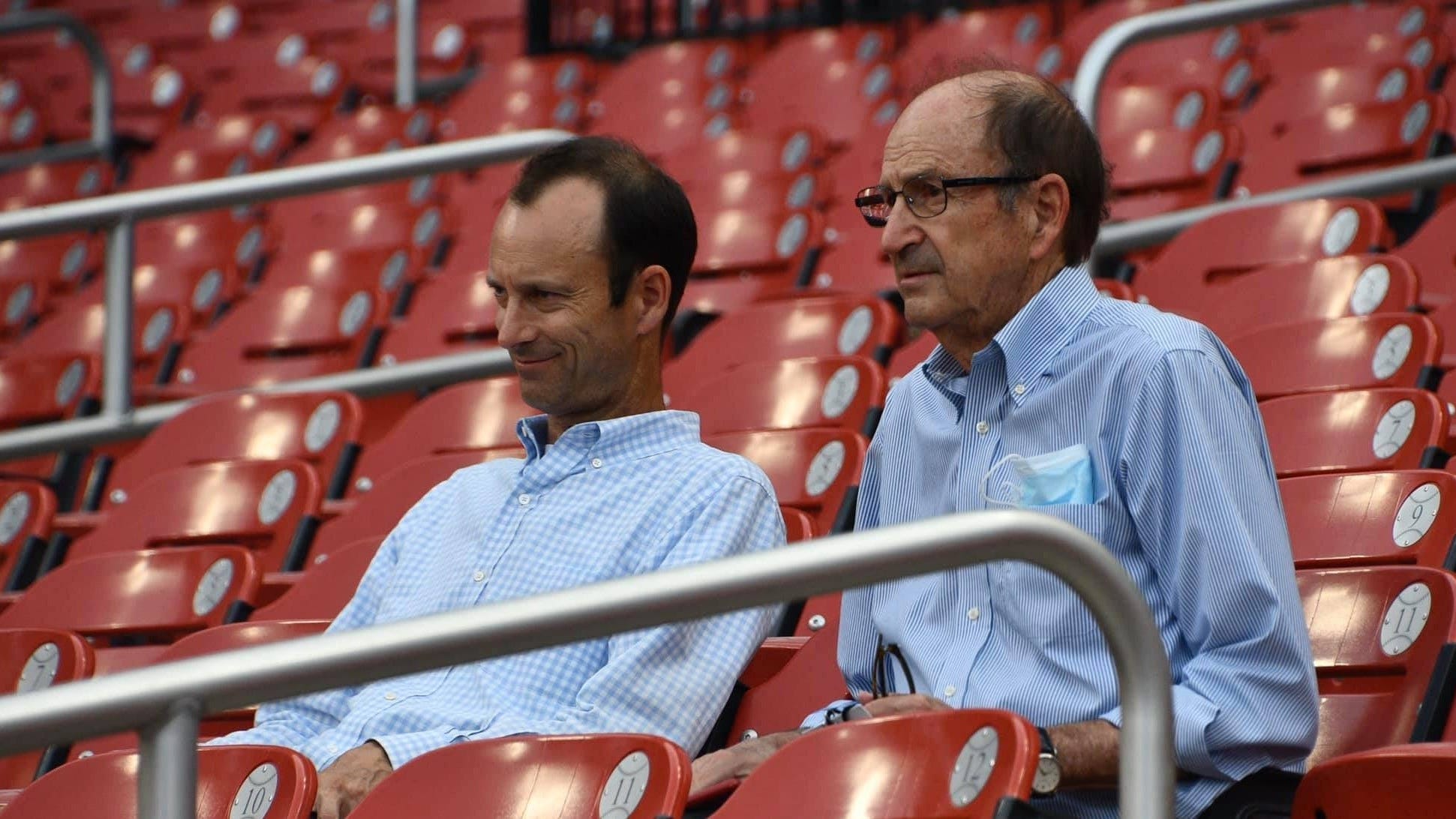 Cardinals chairman on Molina, Wainwright: 'We'd like to have them back'

This story will be updated as more information becomes available.

Harkins' attorneys provided a copy of a January 2019 text message allegedly sent by Cole, then an ace for the Houston Astros, in which the pitcher appears to ask Harkins for help with a "sticky situation."

“Hey Bubba, it’s Gerrit Cole, I was wondering if you could help me out with this sticky situation,” the pitcher wrote, adding a wink emoji. “We don’t see you until May, but we have some road games in April that are in cold weather places. The stuff I had last year seizes up when it gets cold.”

Harkins, 55, filed the defamation lawsuit after he was terminated in March, which came only days after the league said it would no longer look the other way on pitchers using tar, resin and other sticky substances for the purpose of gaining a competitive advantage.

Harkins' lawyers are seeking up to $4M in damages because they say his reputation has been "trashed" by the episode while MLB and its team clubs sought to protect their own interests.