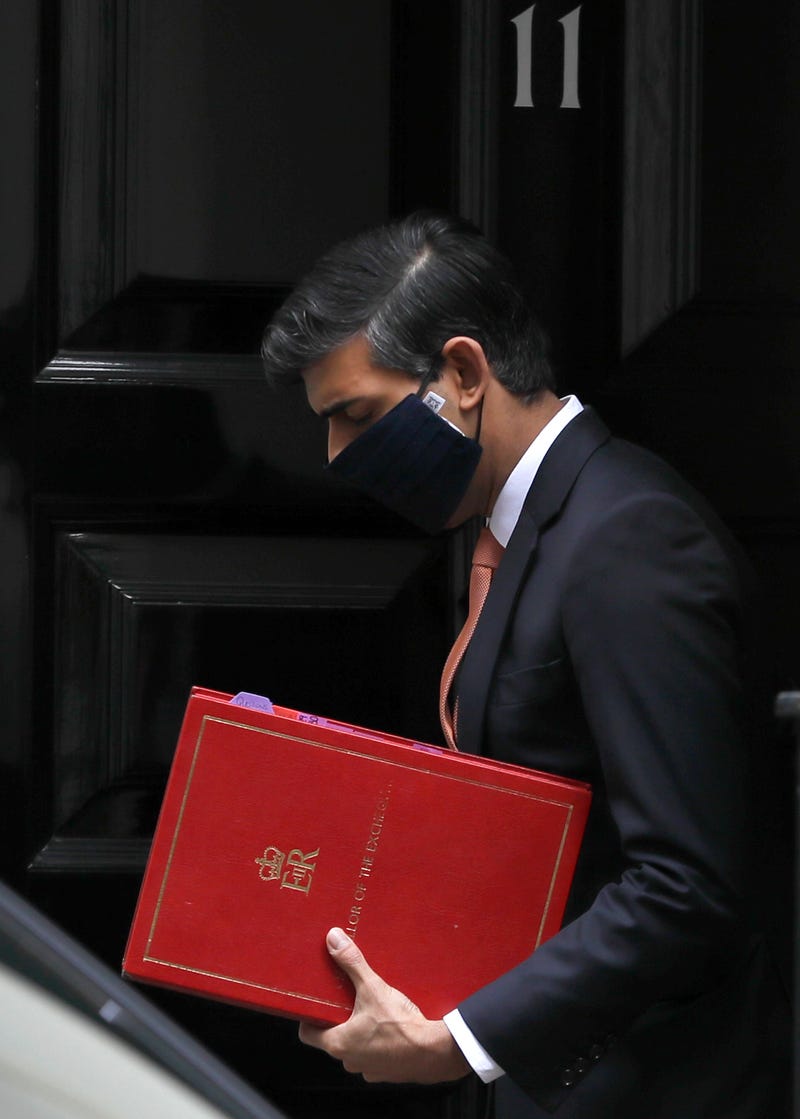 LONDON (AP) — The COVID-19 pandemic is battering Britain’s public finances, pushing government borrowing to a record last month as tax revenue fell and authorities spent billions of pounds to prop up the economy.

The government borrowed a net 36.1 billion pounds ($47.1 billion) in September, pushing the total for the first six months of the year to 208.5 billion pounds, the Office for National Statistics said Wednesday. That’s the highest figure since records began in 1993.

The figures underscore the challenges faced by Prime Minister Boris Johnson’s government as it tries to control a resurgence in coronavirus infections. The government last week unveiled a three-tiered regional strategy for combatting the virus in an effort to avoid the economic damage of a second national lockdown.

Economic growth plunged during the spring after Johnson ordered many businesses to shut, slashing tax revenue and boosting the need for government spending to protect jobs. Things began to improve after the lockdown was lifted, but a surge in infection rates is making the future less certain.

Isabel Stockton, an economist at the Institute for Fiscal Studies, said that spending big now was the right thing to do.

“This year is clearly an exceptional year," she said. "This year clearly we should use whatever it takes to get us through. The important thing is how strong is the recovery going to be and how much, if any, of this borrowing is going to persist into the medium- and the long-term.”

Tax revenue dropped 11.6% from a year earlier in the six months through September. At the same time, support for individuals and businesses to get through the pandemic contributed to a 34% increase in day-to-day spending.

Treasury chief Rishi Sunak said protecting jobs and businesses during the pandemic is “fiscally responsible” and the government will take the necessary steps to restore public finances once the economy recovers.

“Whilst it’s clear that the coronavirus pandemic has had a significant impact on our public finances, things would have been far worse had we not acted in the way we did to protect millions of livelihoods.”