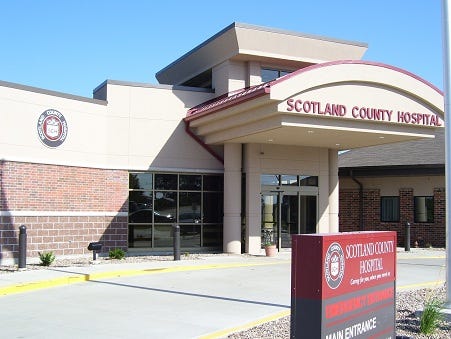 MEMPHIS, MO (KMOX)-As hospitals fill up with covid and non-covid patients, administrators and other health officials are growing more concerned about the mental and physical health of their doctors, nurses and other staff members. That concern is even more intense in rural hospitals.

"Our supply chain problem," says Scotland County Hospital CEO Randy Tobler, "is not generally gloves and masks and medical supplies, it's in the human resources department."

Tobler says rural hospitals were facing a staffing shortage before the pandemic, and now just one positive case at a school or in town can put a handful of staff members on the sideline. "All it takes is for one or two of my moms to have kids in a class where someone else's 'Johnny' gets diagnosed with COVID, the whole class is in quarantine. Now, I lose two, three, four staff members, not to mention staff members who are either quarantined because they're a contact, in the community or at home, or they're a patient."

That's when the burden shifts to those who are still available to work. "Sometimes I'm brought to tears, and it's not acting," says Tobler, "when I think of the people that are working three, four days in a row, sleeping in the hospital, they're not seeing their families, to cover shifts that others can't make because they're quarantined, they're home."

Unlike other industries, Tobler says, small hospitals can't afford to pay overtime or hazard pay. "We don't have those funds under sunny days, to reward people the way we do. Now you're asking people to basically put themselves in harm's way as our people are doing, get COVID, as our people have, and being asked to do way over normal expectations. And, it just doesn't seem like there's an end of that tunnel "

Tobler says that has some of his top nurses and other front line workers asking, "'Why would anyone go into healthcare when you're treated like this?'" He says, "These are people, who are frankly showing signs of burnout way before their time."