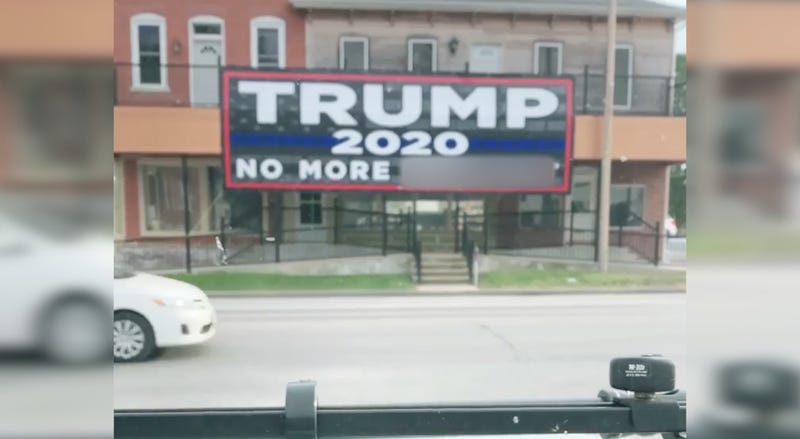 New Baden, IL (KMOX) - The mayor of an Illinois town near St. Louis is asking a businessman to remove a large sign supporting President Donald Trump which includes "profane language." An attempt to order it removed failed because it's the man's First Amendment right to display it.

The 10-by-30-foot sign in New Baden, Ill. reads: "TRUMP 202O NO MORE B*******" and Mayor Christy Picard says it's "negatively impacted our community, wasted tax payer's dollars, and has started to affect our local businesses."

But the city apparently has no legal right to take it down.

The sign's owner, Brant Kehrer, says he paid $900 to make sign and another $630 to city hall for permit application fees.

"The majority of the reaction has been great," Kehrer says. "Obviously in Southern Illinois down here there's a lot of Trump supporters, but as anticipated, there's quite a bit of negative reaction as well.

"I think we both know what they're really upset about, but they can hang their hat on the 'B.S.' word. Which in my opinion is bogus. I did very, very thorough homework before posting this." 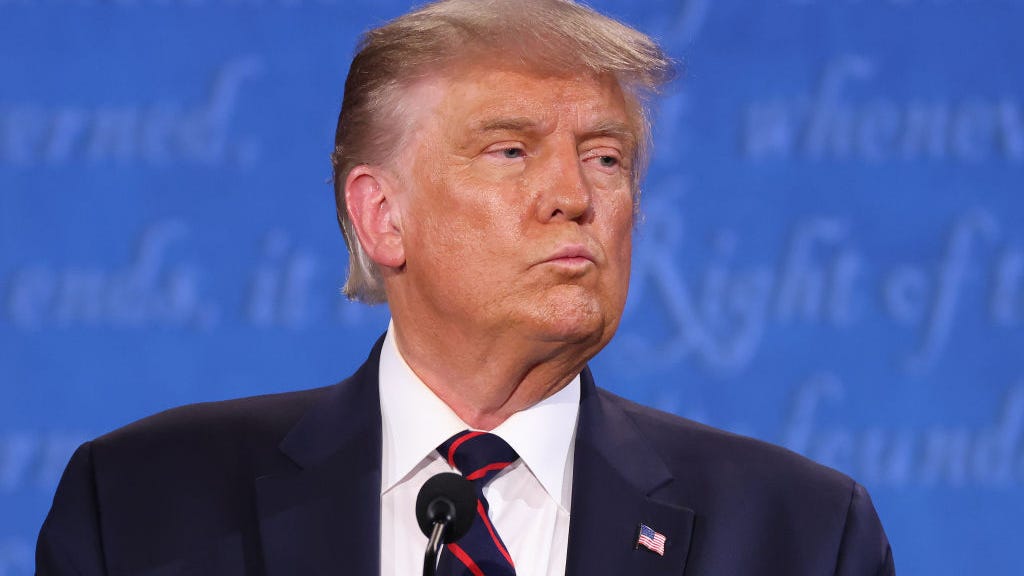 In a letter, she explained "the sign's language is protected speech pursuant to several U.S. Supreme Court cases." Picard said Kehrer filled out all the correct paperwork and is not breaking any rules by displaying the sign.

She says Kehrer canceled a meeting they had setup to discuss the sign.

"I can only hope that Mr. Kehrer reconsiders his actions and replaces the language on the sign with something more positive," Picard's letter states. "Several complaints have indicated that they would no longer shop at our businesses or eat at our restaurants."

Statement by Mayor on Profane Sign As the Mayor of New Baden, I do not condone Brant Kehrer's decision to use profane...

Posted by Village of New Baden IL on Friday, October 9, 2020

Some citizens have also made a push to have the sign taken down. A Change.org petition is asking to "ban the public display of profane language within city limits."

The petition, which has over 350 signatures and a goal of 500, states "Obscene language is not protected speech. It should be unlawful to publicly display profane language and obscenities within the Village limits."

The sign went up on Tuesday night in the town about 30 miles east of St. Louis.

This goes out to all you triggered folks...