ST. LOUIS (KMOX) updated at 3 p.m. - The Central West End couple accused of waving guns at protestors outside their house this June have now been formally charged.

They're charged with unlawful use of a weapon for exhibiting their guns and tampering with evidence, for allegedly making a gun inoperable before they turned it in as evidence.

"What you're witnessing here in this case is just an opportunity for the government, the leftist government of the city of St. Louis, to persecute us for doing no more than exercising out Second Amendment rights," Mark McCloskey said. "Every single human being who was in front of my house was a criminal trespasser. They broke down our gate. They trespassed on our property. Not a single one of those people is charged with anything. We're charged with felonies that could cost of four years of our lives and our law licenses."

Mark McCloskey accused St. Louis Circuit Attorney Kim Gardner, who charged each of them with one felony count of unlawful use of a weapon, of being a socialist prosecutor who treats criminals like common citizens.

Schwartz said before Tuesday's decision that if the McCloskey's are formally charged today, he'll file a motion to dismiss the case based on multiple issues. One of them being that he believes Gardner's office changed the gun held Patricia McCloskey from an inoperable "prop" pistol into a working gun. 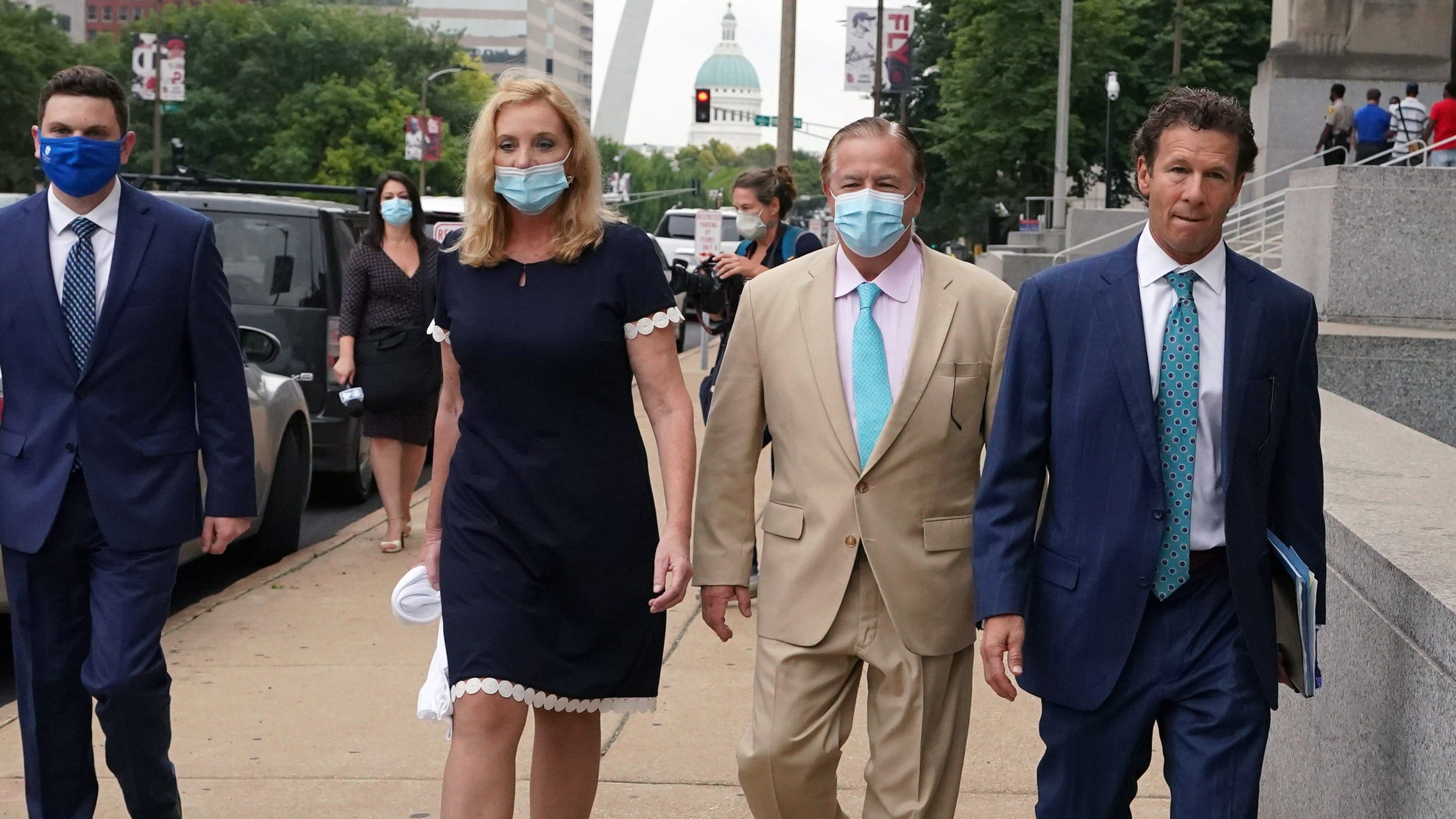 "By changing the gun and making it operable it has to be what they call, 'readily capable of lethal use at the time the alleged offense was committed.' Therefore it does change the way facts will be viewed in this case," Schwartz says.

When asked if he would call it "evidence tampering," he said he would leave that up to the proper authorities.

"However, I can saw in over 30 years of practicing law I've never seen that done," Schwartz says.

Schwartz has filed a motion to dismiss Circuit Attrorney Kim Gardner from the case, saying she has a bias toward the protestors

Gardner's office declined to comment, saying it's a "pending case."

Mark and Patricia McCloskey, the lawyers who waved guns at protesters that were outside their St. Louis home in June, made their first appearance in court on Aug. 31. They are each facing one felony charge of unlawful use of a weapon, which has gotten the attention of Missouri Gov. Mike Parson, President Donald Trump and others.

Parson has previously said the couple would be pardoned.

Several hundred demonstrators on June 28 veered onto the private street where the McCloskey’s Renaissance palazzo-style mansion sits. The McCloskeys said the protesters knocked down an iron gate and ignored a “No Trespassing” sign. Protest leaders said the gate was open and the demonstration was peaceful.

Gardner said the guns created the risk of bloodshed. A police probable cause statement said protesters feared “being injured due to Patricia McCloskey’s finger being on the trigger, coupled with her excited demeanor.”

The McCloskeys contend the protest was anything but peaceful.

"Not a single person in the out-of-control mob you saw at our house was charged with a crime," Mark McCloskey said. "But you know who was? We were. They’ve actually charged us with a felony for daring to defend our home."