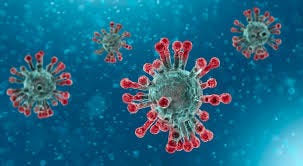 WATERLOO, IL (KMOX)-The health department administrator of one metro east county says he expects many of the restaurants and bars in his county to remain open despite new orders banning indoor dining, and he's okay with that.

"I suspect we're going to have quite a few that are going to remain open," says Monroe County's John Wagner. Wagner says many establishments just can't survive another shutdown. "They're at a point right now where it's either stay open or close up for good," he says. "And they've got their employees to worry about with the holidays coming up and everything. I've heard from numerous restaurants saying they just can't close and lay off their employees."

While it may not be the case elsewhere, Wagner says, there's no evidence that COVID-19 has been contracted or spread in Monroe County's restaurants. "On a local level, we contact trace all of our positives and we are not tracing any outbreaks to bars or restaurants."

He says his county doesn't have the big bars and clubs seen in bigger cities. "In Monroe County, the restaurants have never been a real issue and the type of bars we have here, we're not tracing anything back. No bar employees or bartenders. If they started going out being positive then we'd know there was substantial spread in there, but we're not seeing any of that."

According to Wagner, a majority of local establishments are encouraging the wearing of masks and social distancing. He believes that is enough to contain the spread.

He's also afraid that if the state pushes too far, people will stop listening. "If you push too far, you run the risk of losing control over any type of mitigation, and then we'll be in real trouble."