(KMOX) - A newly discovered comet said to be brighter than the famous Halley’s Comet has been appearing on a nightly basis and will continue to get brighter this month.

Comet C/2020 F3, or Comet NEOWISE, will fly through the inner solar system for the first time in 6,800 years and will be visible to the naked eye.

"Discovered back in March by NASA's NEOWISE mission – is getting the attention of skywatchers across the Northern Hemisphere this month," NASA reports.

Just after sunset on July 22 will be its closest approach to Earth – at a distance of about 64 million miles – and that will be the best night to see Comet NEOWISE.

These graphics from NASA show when the best chances are to see it now through the end of July:

July 7 through July 15 the comet was easily seen through binoculars, with some observers able to see it with unaided eyes. Through the 15th, you'll want to be looking to the northeast around 4 a.m. to see it. 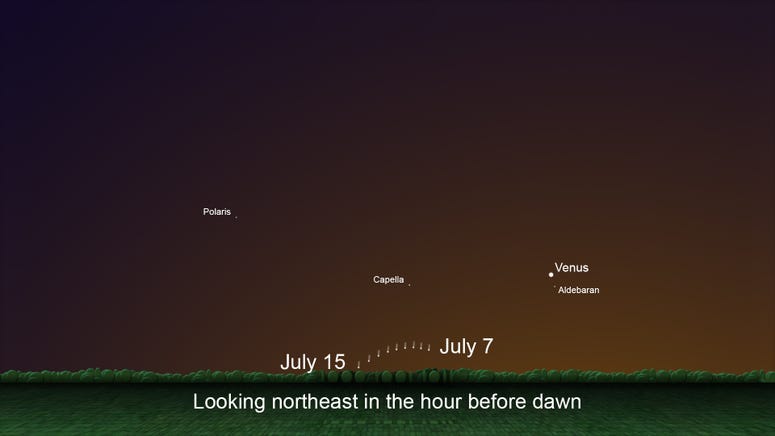 But after July 15, it's best viewed just after sunset and will rise increasingly higher above the northwestern horizon as the month goes on. 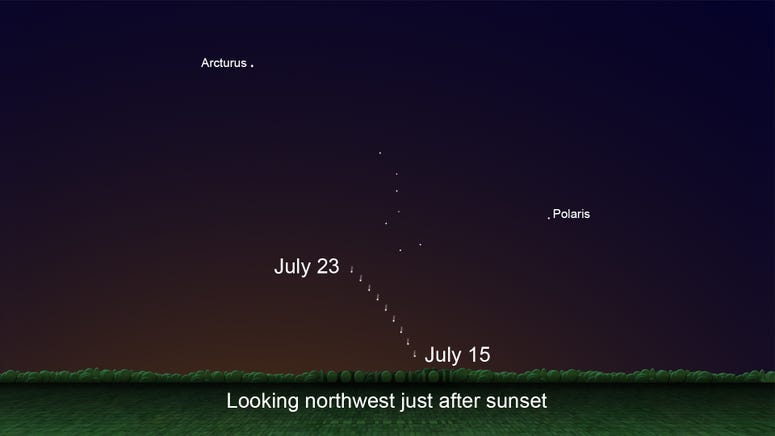 "Comets are notoriously unpredictable, so it's impossible to know if this one will remain so easy to spot, but if it does, it should become easier for more people to observe as July goes on," NASA states.

NASA Astronaut Bob Behnken, the St. Louis native who is aboard the International Space Station has already caught a glimpse and shared a photo on Twitter.

“Stars, cities, spaceships, and a comet!” he tweeted from orbit.