Police spokesman Benjamin Granda said in a news release that the first incident was at Noah’s Ark Church on Dec. 10, and the second was at Calvary West Missionary Baptist Church nine days later. 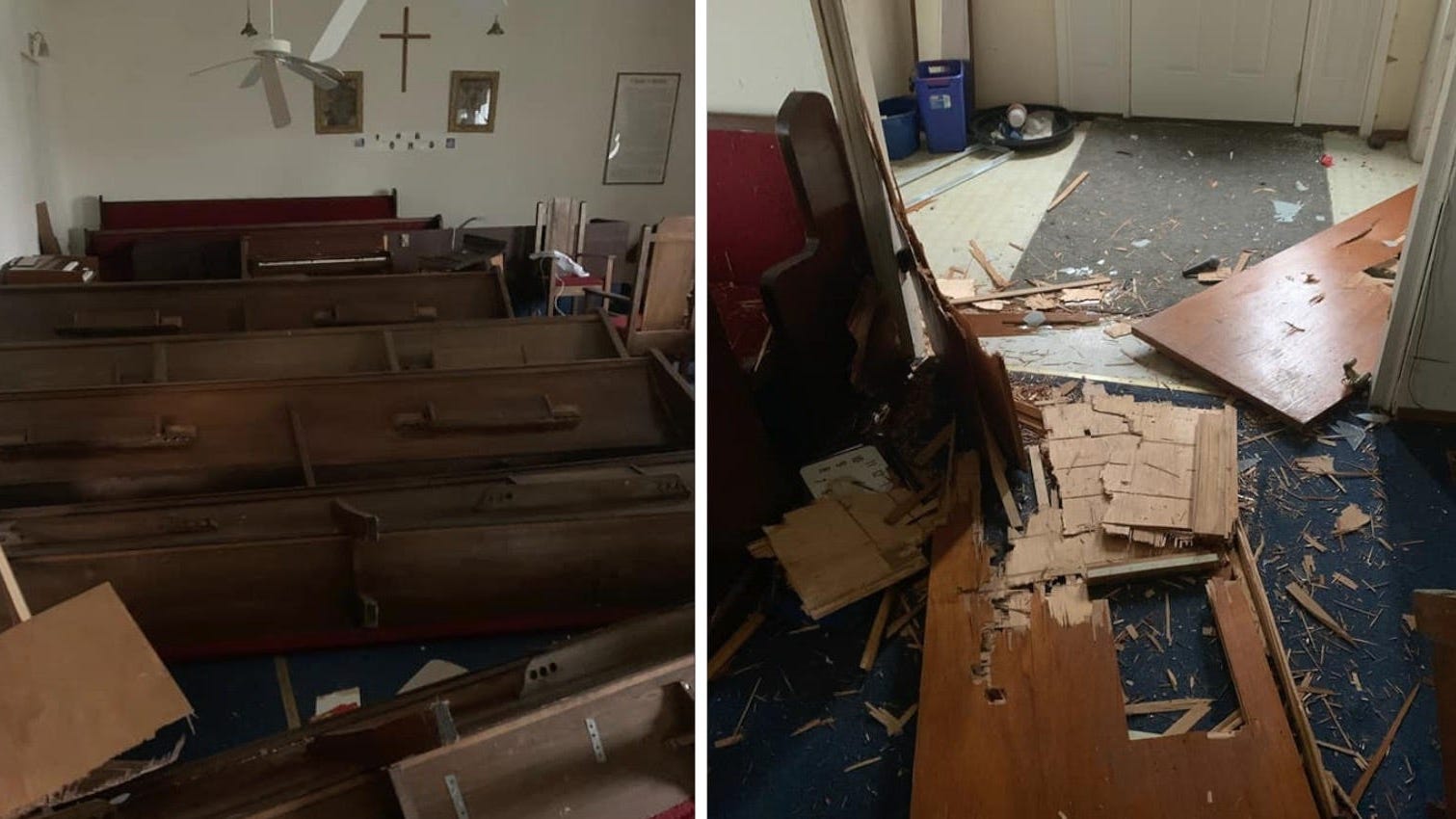 The rest of the crimes all occurred on two days — six buildings were targeted on Dec. 22, and four were hit on Monday. Other victimized buildings included Community Fellowship Missionary Baptist Church and North County Community Development, a non-profit. Seven businesses and one unidentified building also were damaged.

Granda said it was too early to determine if the crimes were hate crimes. Nearly 90% of Jennings residents are Black and the suspect appears to be Black in surveillance photos released by police.

Check out this video. We're attempting to identify this man. He's used pieces of concrete to damage 12 businesses in Jennings, mostly churches and non-profits. If you can identify him, email Det. Haussels at shassauls@stlouisco.com or call 636-529-8210. pic.twitter.com/KwZv70kZPW

One of the surveillance photos shows a man about to throw what looks like a rock or a large chunk of concrete. In most of the incidents, the suspect threw pieces of concrete through front windows, Granta said. In some, he also damaged windows with a hammer.

Granda said there was no attempt to burglarize “and the destruction of property appears to be the only goal.”

Calvary West Pastor Darryl Evans said several windows at his church were broken. The $3,500 bill for repairs comes at a time when the church’s coffers are running low because attendance has plummeted during the COVID-19 pandemic. Before, the church typically drew up to 140 people on Sundays. Now, crowds are usually less than 30, Evans said.

“It really hurts, but yet I forgive because I know something’s wrong,” Evan said. “My prayer to God is that this person gets some help.”